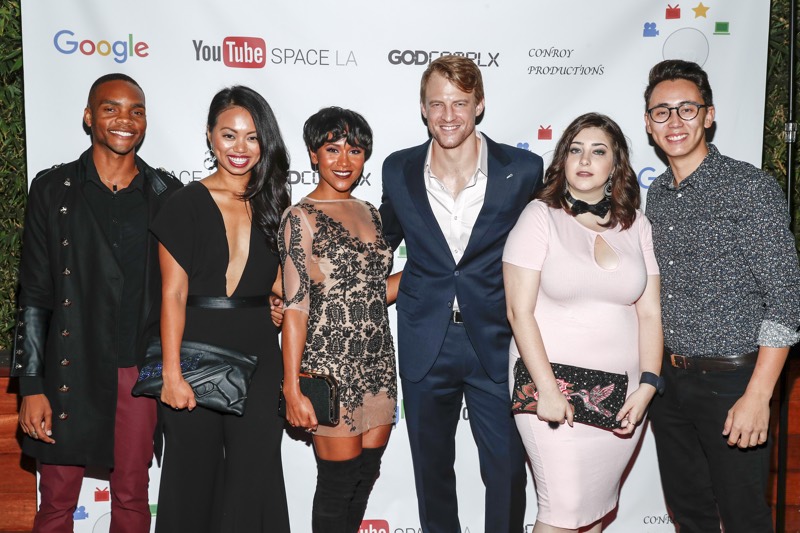 Google and YouTube Space LA hosted an exclusive screening at their Venice office for the new web series “GodComplX.” Executive producer Claire Brown (EP of “Being Mary Jane” and “The Game”) and director Morenika Joela were on hand to celebrate with the cast, which includes Maya Washington (aka “Shameless Maya” on YouTube), Nick Moss, Joshua Michael Moore, Shayna Spielman , Caleb Hwangbo, and Priscilla Bawicia.

The evening began with a red carpet reception, followed by a screening of three 10-min episodes and a cast Q&A moderated by Daraiha Greene, Diversity in Entertainment Ambassador for Google’s CS In Media Team.

Told in 10 episodes, “GodComplX” chronicles the lives of 20-something tech geniuses who live under one roof in Silicon Beach. The series premieres TONIGHT at 5pm PT/8pm ET on YouTube www.youtube.com/godcomplx.