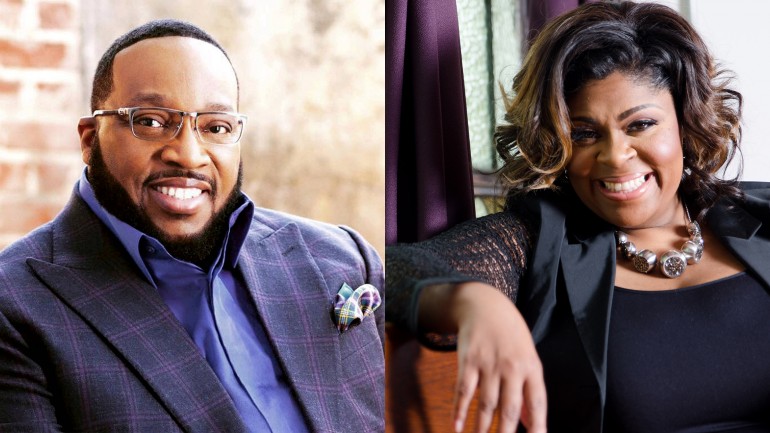 BMI will honor gospel music superstars Kim Burrell and Marvin Sapp at the 18th annual BMI Trailblazers of Gospel Music Honors at the Rialto Center for the Arts in Atlanta, GA on January 14, 2017. This inspirational event will pay tribute to the very best of the gospel music community, with former Trailblazers award recipient Yolanda Adams returning to the stage as host alongside gospel singer-songwriter VaShawn Mitchell.

The invitation-only event, which is part industry celebration and part awe-inspiring worship service, will be attended by gospel music’s premier songwriters, brightest stars and leading industry executives. In addition to honoring Kim Burrell and Marvin Sapp, BMI will also announce the Most Performed Gospel Song of the Year during this uplifting evening of music and praise.

“BMI is thrilled to be back in Atlanta celebrating the brightest talent in gospel music today,” said BMI Vice President, Writer/Publisher Relations, Atlanta, Catherine Brewton. “Kim Burrell and Marvin Sapp are paving the way for future generations of gospel songwriters by effortlessly crossing genres and exposing inspirational music to a wider audience. Both epitomize what it truly means to be a Trailblazer of gospel music and are positive role models in faith, charity and beyond.”

Kim Burrell is revered by her peers in the music industry from both the spiritual and secular world. For over 30 years, the Houston native has been affectionately known as the “singer’s singer,” because of her distinctive voice which she attributes as a natural gift from the grace of God. Burrell continues to exercise her talents as a musician, songwriter, author, TV and radio personality, producer, evangelist and pastor throughout all of her endeavors. She has received many accolades including NAACP, Dove and Stellar Awards, as well as multiple GRAMMY nominations, and has performed at many notable venues such as Carnegie Hall, Lincoln Jazz Center, Radio City Music Hall, Kennedy Center, The Experience at Lagos, and COZA (Nigeria), to name a few. Burrell has recorded seven solo albums and has been featured on several gospel albums with the likes of Andre Crouch, Marvin Winans, John P. Kee and Ricky Dillard. The gospel powerhouse has also appeared on albums from mainstream superstars such as Harry Connick, Jr. and Stevie Wonder, shared the stage with Renee Fleming and Whitney Houston, and was most recently asked to sing “I See Victory,” produced by Pharrell Williams, for the upcoming movie Hidden Figures.