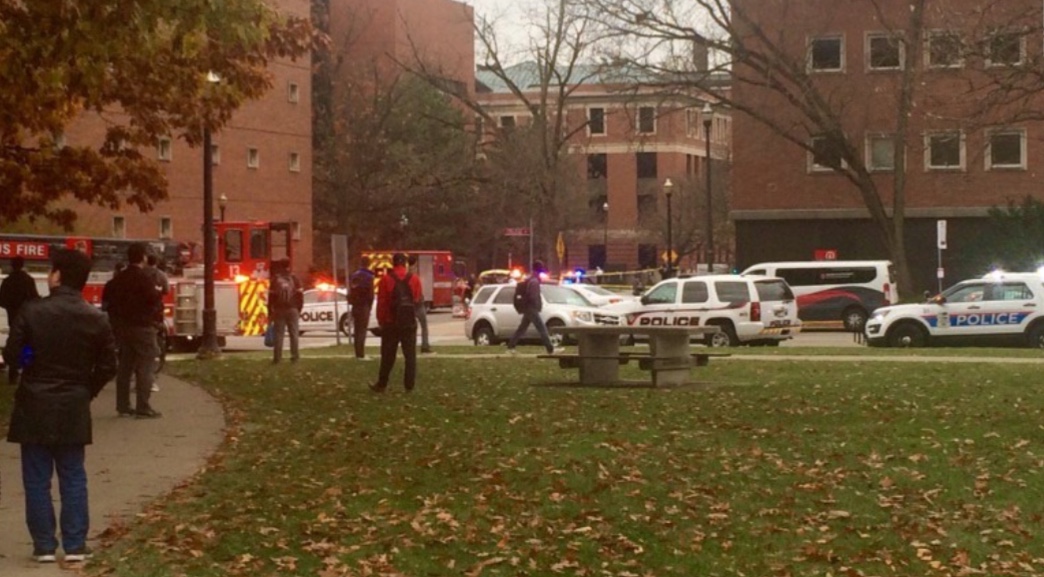 Ten people were hospitalized after an attack Monday at Ohio State University, Columbus Fire spokeswoman Rebecca Diehm said. Nine are in stable condition, and one is in critical condition, she said.

The university released a statement after the attack.
“A suspect has been shot and reported deceased,” the university said. “Victim injuries include stab wounds, injury by motor vehicle and other injuries that are being evaluated.”