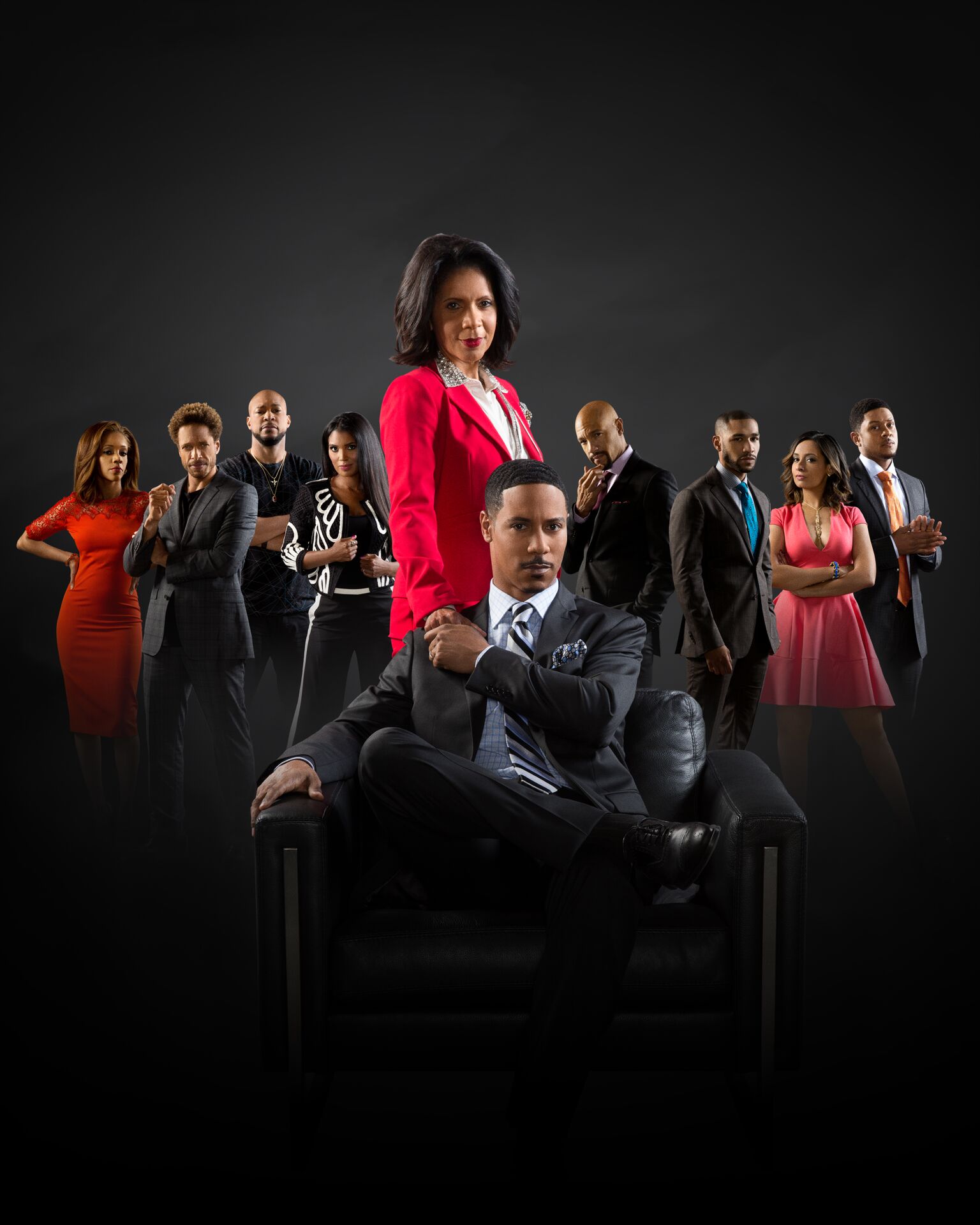 TV One officially announced MEDIA, an original movie exploring the drama and secrets behind a powerful family dynasty, during its presentation at the Television Critics Association’s 2016 Summer Tour. The executive producing team of Cathy Hughes and her production partner Susan Banks conceived and produced the project. MEDIA is a riveting story of a wealthy family battling the competitive challenges of keeping their status and position in the communications industry. The drama is the latest addition to the network’s impressive slate of original films and premieres Saturday, Feb. 25 at 8 p.m. ET.

Passion, intrigue and murder become a lethal recipe for a powerful matriarch Jackie Jones and her children in this captivating urban production. Portrayed by Penny Johnson Jerald (Castle, 24), Jackie is the founder of Jones Universal Media Properties, known as JUMP, the world’s premier urban media conglomerate. A family tragedy forces her son, prominent lead city attorney and prosecutor Michael Jones, played by Brian White (Scandal, Chicago Fire, Stomp the Yard), to abandon his political aspirations and take over the company just as a ruthless rival challenges JUMP’s longtime domination of this lucrative industry.

“I am honored to portray this character and that Cathy Hughes trusted me to headline a project that she is so passionate about,” commented White. “There are few movies that show all shades and sides of the political and economic spectrums, in particular, films featuring persons of color, without catering to one side. Here we see everyone represented and every character has a purpose in this unique story. This family didn’t come from wealth; they built it.”