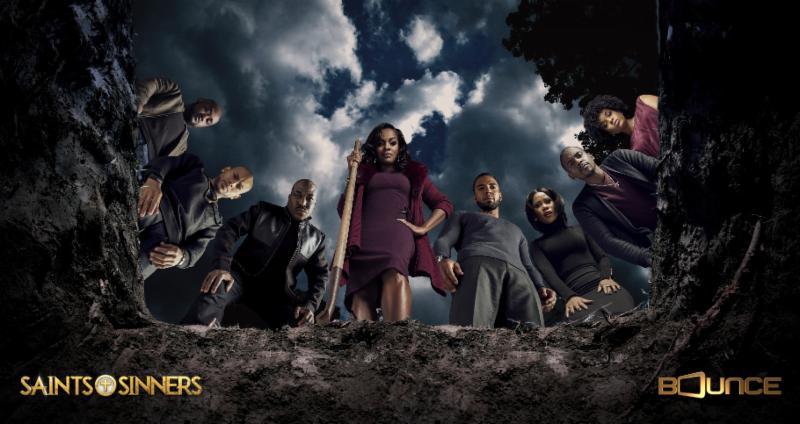 During its record-breaking first season, Saints & Sinners became Bounce’s most-watched programming in the network’s history. The series was so successful, Bounce renewed the show for year two ahead of the inaugural season’s thrilling finale.
Season two brings viewers back to Cypress, Georgia, the sleepy southern town outside Atlanta which has been rocked by the murders of a beloved pastor and the town’s Mayor. Death’s shadow continues to loom over the town’s epicenter, Greater Hope Baptist Church, as a dead body is discovered on its grounds, bringing up the church’s sordid past along with it. As concealed secrets claw their way to the surface, new alliances are formed and deceit, jealousy and compromising sexual affairs threaten to shatter lives and demolish the heart of the church and the town forever. As everyone’s dark past comes to light, the difference between being a saint or a sinner becomes more distorted than ever.