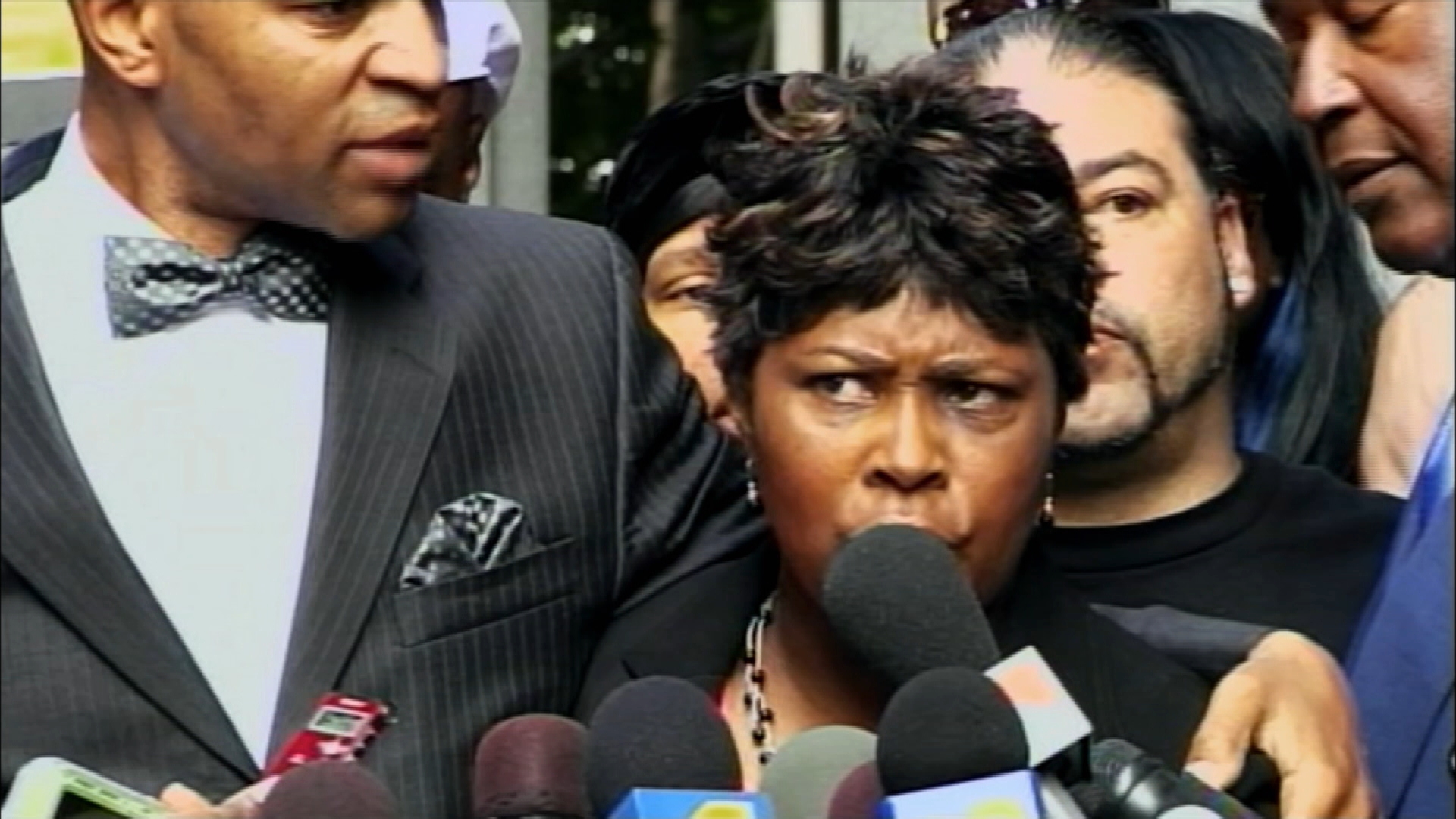 TV One’s True Crime programming block continues in April with an action-packed block of new episodes of the network’s hit crime and justice shows Justice By Any Means and For My Woman on Monday nights.

Beginning at 9 p.m. ET, Malik Yoba hosts the one-hour re-enactment crime and justice series, Justice By Any Means, which tells the untold stories of family members, friends and good Samaritans whose relentless pursuit of justice resulted in retribution for crimes committed on the victims the law forgot.

Immediately following at 10 p.m. ET, For My Woman features the outrageous and shocking stories of men who have been arrested for a crime they did in the name of loyalty and love for their woman.

An overview of the TV One True Crime Monday line-up is listed below:

Justice By Any Means (Episode 210): Wanda Johnson (Oscar Grant)
Premiere: Monday, April 3 at 9 p.m. ET
Wanda Johnson had a strong bond with her son, Oscar Grant. She had watched him grow from a rebellious youth to a supportive father, fiance, and son. So when she learned that Grant had been shot by a police officer, she had an immediate hunch that something was amiss. That hunch was the beginning of countless hours in court covered thousands of news outlets who latched onto Grant’s story. The shooting had been filmed and witnessed by dozens of people, but still the story remained unclear to authorities. Americans protested police brutality, racial discrimination, and violence, but, at the end of the day, Wanda Johnson was fighting for her son. She wanted Grant’s innocence to be upheld and for the guilty parties to receive justice.

For My Woman (Episode 103):
Premiere: Monday, April 3 at 10 p.m. ET
16-year old Tampa heartthrob Rocky Almestica Jr. aims to leave his delinquent past behind when he finds himself enrolled in an alternative school for troubled youth. But soon he becomes preoccupied with the opposite sex, and ends up in the middle of a love triangle that binds him between two ladies who are both willing to fight for his affection…and Almestica will go to deadly lengths to prove his loyalty.

Then, in Brockton, Massachusetts, father of two Jamaal Haith is grateful to be given a second chance after his uncontrollable temper gets him sent to prison. But when his leading lady uses his greatest weakness to manipulate him, he risks everything to become the front man in a deadly scheme.

Justice By Any Means (Episode 211): Sabrina Harris
Premiere: Monday, April 10 at 9 p.m. ET
At the age of 11-years-old, Ryan Harris was a good student, faithful daughter, and a fun-loving girl. One hot afternoon in July 1998, Harris’ mother, Sabrina, began to panic when Harris didn’t come home when she said she would. After Sabrina called 911, it didn’t take long to find her daughter’s mutilated body in the neighborhood notorious for sexual assaults. The following media coverage confused and disgusted every-one who watched. Grief-stricken Sabrina was at the mercy of investigators and detectives who presented her with possible suspects, including damning accusations against a seven- and an eight-year-old boy. In the end, the guilty party was a name synonymous with crime and a shocking surprise to the rest of the world.

For My Woman (Episode 104):
Premiere: Monday, April 10 at 10 p.m. ET
Growing up in Odenton, Maryland, Darrell “Speedy” Butler has always been a fast friend to anyone in need. The charismatic bachelor never shies away from a good time, so when he meets wild-child Kelly Bradshaw at a local house party, he’s instantly attracted to her fun, laid-back lifestyle. However, when he finds out his leading lady is already attached to an abusive husband, he’ll go to the ends of the earth to be her knight in shining armor.

And in Austell, Ga., semi-pro boxer Reginald Coleman lives and breathes life in the squared circle. His love of the sport even lands him the keys to his own training facility. It’s there he meets Lynitra Ross, a saucy single who knocks him off his feet. But as the two become close, Ross asks him to do the unthinkable for someone he’s never met – forcing Coleman to lace up the gloves, and go toe-to-toe with evil.

Justice By Any Means (Episode 212): Bridgett Tabb
Premiere: Monday, April 17 at 9 p.m. ET
Bridgett Tabb was tired and didn’t want a night out when Natasha and Vernithea asked her to go to dinner. She told them to go ahead, that she would watch their kids and give them a night to celebrate Natasha’s birthday. What Tabb didn’t know was when she watched them walk out the door, she was seeing them for the last time. Natasha and Vernithea’s bodies were found the next day in the trunk of a car that had been set on fire. The motives for such a heinous crime were unclear to family, friends, and authorities. As the investigation ensued, Tabb learned that Natasha and Vernithea had some other relationships that they perceived as friendships when they were, in fact, the deadliest people they could’ve befriended.

For My Woman (Episode 105):
Premiere: Monday, April 17 at 10 p.m. ET
Tim Collier has dreams of being a better man when he moves to West Bloomfield, Mich., where he meets the love of his life, Carol Giles. But Collier quickly learns his love has a dark past she’s trying to escape. He is desperate to give his woman the life she deserves, but the slip of a dangerous secret gets under his skin. Collier’s demons rise to the surface and there’s no telling what he’ll do to keep the truth at bay.

Jeff Dulcio can’t believe his luck when he meets the most powerful Madame in Atlanta, Ga., Kisha Rutledge. Respect quickly turns to loyalty after she offers him a job protecting her company. When a client tries to cut Rutledge out of the equation, her empire is put in jeopardy and nobody is safe as Dulcio is called to task. The only way he’s losing this battle is if he’s taken out in a body bag.

Justice By Any Means (Episode 213): Delores Nettles
Premiere: Monday, April 24 at 9 p.m. ET
Islan Nettles always knew she was different. Born the only son in a family of all girls, an early interest in fashion quickly transpired into revealing his desire to undergo the full transgender process. Delores Nettles, Islan’s devoted mother, was a fighter: she fought for Islan’s decisions to become a woman, and she fought for Islan’s fashion career aspirations. But, when Islan was rushed to the hospital after having been attacked on a street in Harlem, New York, Delores had to fight for the identities of the attackers to be revealed. When suspects were finally unveiled, the details of their crime were brutal, their motives created a media frenzy, and Delores became the voice of her daughter.

For My Woman (Episode 106): Season Finale
Premiere: Monday, April 24 at 10 p.m. ET
Growing up in two households, Robert Crosby learned quickly that love was hard to hold on to. So when he meets married and vulnerable Kimberly Thompkins at a local burger joint, he is more than willing to be her shoulder to lean on. And when she reveals accusations of an abusive husband, Crosby is dedicated to doing right by his woman. Leading with his heart and not his head, Crosby finds himself caught up in the deadliest of love affairs.

Later, living life with a hearing impairment, Daphne Wright never felt like she belonged. So when she meets a woman who opens her eyes to love, Wright is committed to making sure no one stands in her way. But when her leading lady starts a friendship that threatens her relationship, a jealous Wright will do the unthinkable to eliminate the competition.

For more information about True Crime Mondays visit www.tvone.tv and check out TV One’s YouTube Channel. Viewers can also join the conversation by connecting via social media on Twitter, Instagram and Facebook (@tvonetv) using #JusticeByAnyMeans and #ForMyWoman.
Justice By Any Means is produced for TV One by Jupiter Entertainment for Todd Moss and Allison Wallach serve as Executive Producers. For My Woman is produced by Sirens Media for TV One. Valerie Haselton and Rebecca Toth Dienfenbach serve as Executive Producer and Anne S. Rothwell is Show Runner for the series. For TV One, Jubba Seyyid is Executive in Charge of Production; Tia Smith is Executive in Charge of Production and Sr. Director of Original Programming; Robyn Greene Arrington is Vice President, Original Programming and Production; and Production; and D’Angela Proctor is Head of Original Programming and Production.