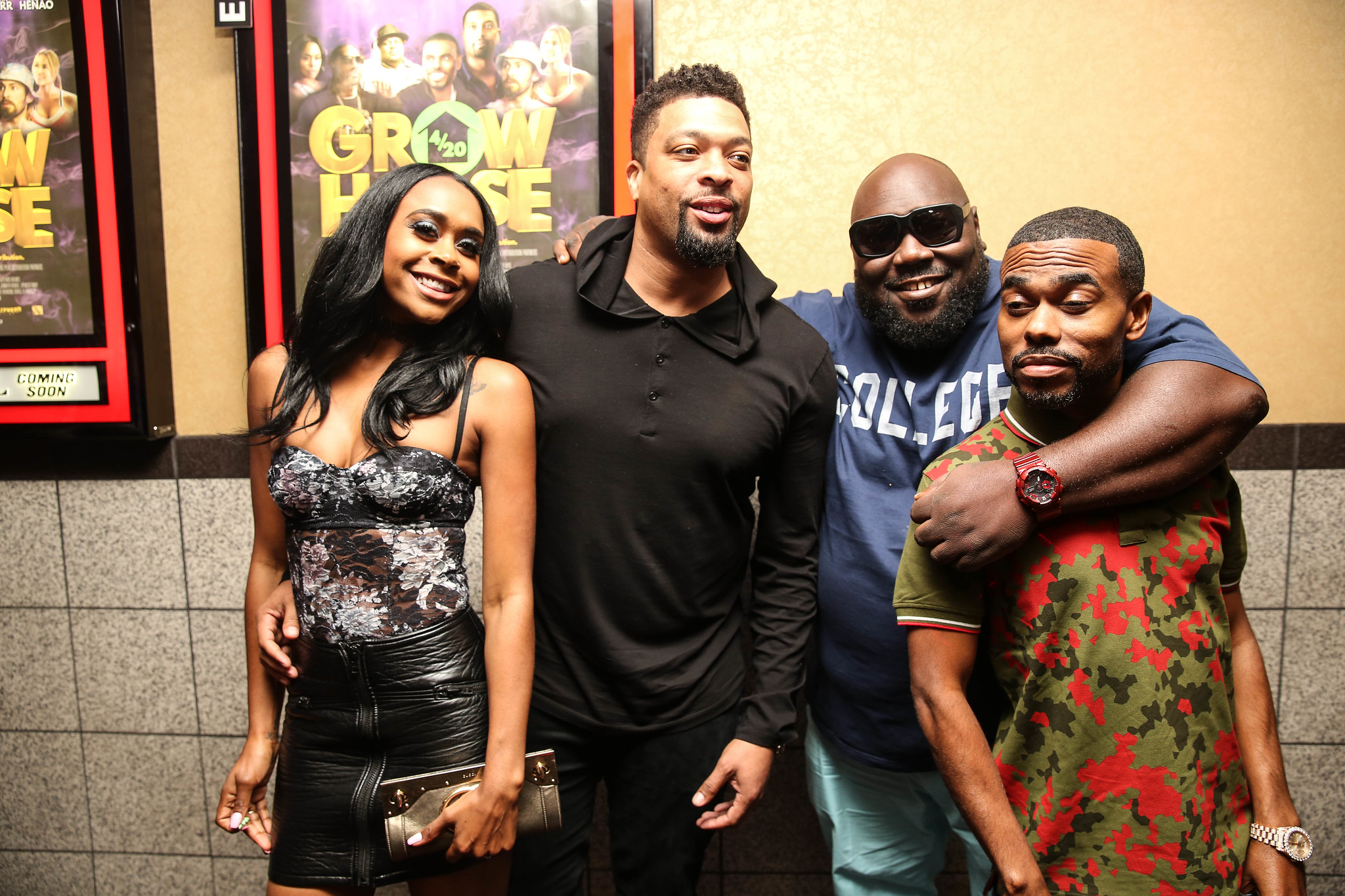 ABOUT GROW HOUSE
There’s a boom in medical marijuana dispensaries in the state of California and the U.S. These facilities have reached record numbers, cropping up like Starbucks or McDonald’s. States across the nation are legalizing medical and recreational marijuana. Our two unlikely heroes, Pat (DeRay Davis – “EMPIRE,” “21 Jump Street,” “GI Joe”) and Darius (Lil’ Duval – “Scary Movie 5,” “Meet the Blacks”), figure they can help the medical marijuana movement, but mainly help themselves by trying to grow their own cannabis and selling their crop to the dispensaries. There’s only one problem… knowing how to smoke marijuana doesn’t mean you know how to grow it!

After taking a trip to Dr. Doobie (Malcolm McDowell – “Entourage”, “The Mentalist,” “Home Alone”) to become legally certified growers, they gain access to a Bel-Air mansion to use as a “grow house.” Although they convince Snoop Dogg (played as himself) to fund their operation, our heroes soon discover what can grow wrong, will go wrong in this comedy of errors.