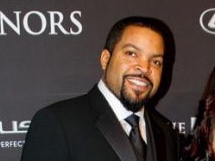 “We are thrilled to announce that ice cube has joined the Interscope family. He’s obviously one of the legendary figures in hip-hop…that’s a massive statement on its own, but he’s so much more than that. Cube has an incredible body of work, and as a fan I’m honored to welcome him to the label,” states John Janick, Chairman and CEO of Interscope Geffen A&M.

The first project under the deal will be a 25th Anniversary edition of Ice Cube’s highly controversial second album. Death Certificate: 25 Anniversary Edition will release on June 9th.

One thought on “Ice Cube Signs To Interscope Records”