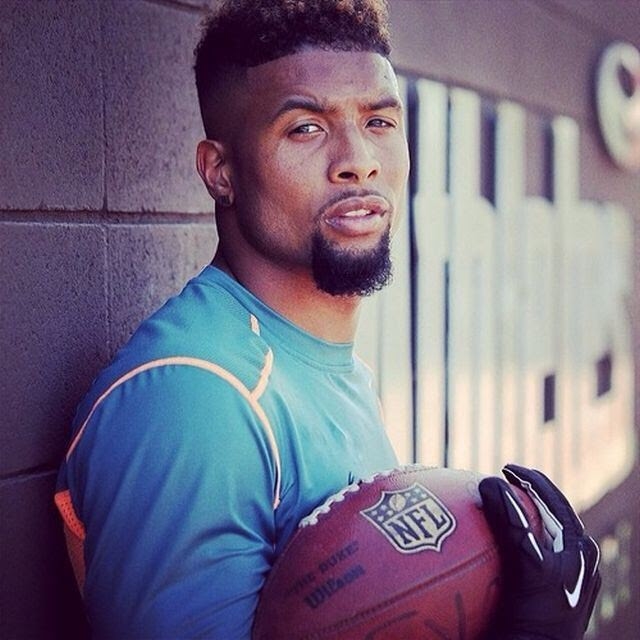 Raising sons that have achieved a level of excellence in their career that millions aspire to reach and never do is an accomplishment in itself but both Beckham and Elliott agree their biggest accomplishment was in being a father to their sons and offering the leadership needed as their sons grew and developed. Football fans know Ezekiel Elliot was a first round draft pick, signing with the Dallas Cowboys and has continued to be a fan favorite for his numbers on the field along with his fashion and lifestyle choices. Odell Beckham Jr. is one of the most talked about figures in both sports and pop culture and is rumored to have recently signed the biggest shoe deal in NFL history.
Odell Beckham Sr. and Stacy Elliott both doubled as father and coach while the players were young navigating their high school and college careers and making sure they exploited every opportunity to keep their sons on the path to achieving super stardom.

Beckham Sr. and Elliott both had different parenting styles but their sons ended up achieving the American dream through hard work and consistency. I’m a Father F1rst is proud to welcome both fathers to their first annual “I’m a Father 1st Field Day and celebration”. “We’re excited to have the father’s of these two powerhouses coming together to empower other young fathers. Growing up most young boys have aspirations of playing ball on that professional level but we all know it takes a lot to get a young man to that place of excellence. Both of these players were blessed to have their father’s actively in their lives and they both believe strongly in the power of fatherhood,” says Keith A. Lewis, Jr. founder of I’m a Father F1rst.

Lewis started the movement to emphasize the importance of fatherhood, especially in the black community. “It’s always powerful when men come together to uplift and encourage each other. We want to be a resource for young fathers and fathers who may not feel they have support. Our communities will see a change when our men step up in leadership and the most leadership role most men will experience is fatherhood,” Lewis says.