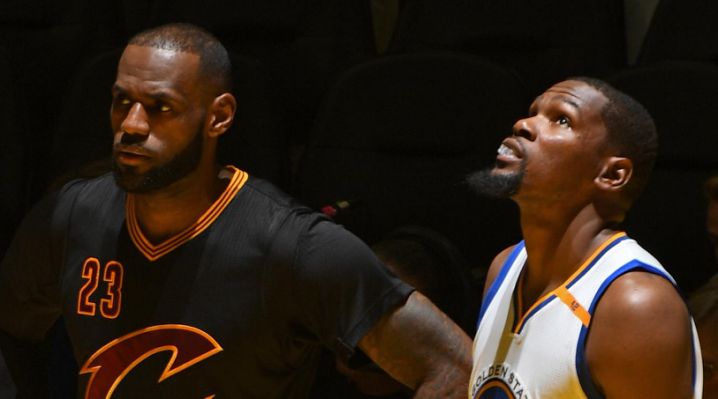 “I don’t think that our careers are the same as far as changing teams,” James said. “Their team was already kind of put together, and you just implement a guy that’s ready to sacrifice, a great talent, a guy that’s willing to do whatever it takes to help the team win. But that team, they knew what they were about. He just had to come in and just do what he had to do. And that’s what he been doing.”

“When I left here to go to Miami, we had to build something,” James said. “We brought in eight or nine guys, and we had to build something. And when I came back here (to Cleveland), we built something again. But I can definitely appreciate the simple fact of him either reshaping his game or just sacrificing maybe some shots here, sacrificing having the ball in his hands all the time. But it works for their team. I mean, who wouldn’t want to sacrifice playing on a Golden State team or a San Antonio team or a Cleveland team when you know the ultimate result is you can actually compete for a championship.”

And whereas Miami had to plan for years to have the cap space to sign James, Wade and Bosh in the same summer, Golden State suddenly found itself able to afford Durant because the salary cap spiked from $70 million in 2015-16 to $94 million in 2016-17 because of the league’s new national television deal. And thus a 73-win team added a former league MVP.