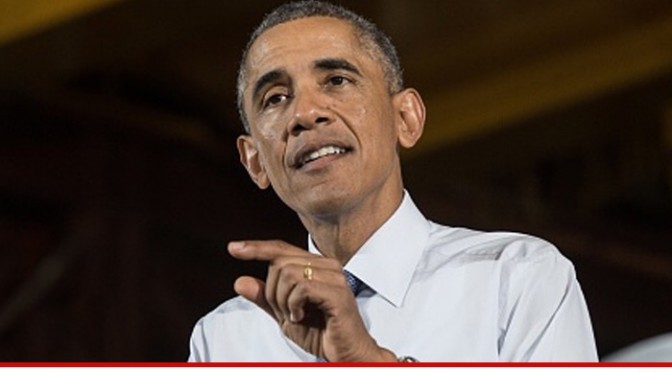 Obama called in to ESPN’s “The Herd” and talked to Colin Cowherd about the Ray Rice situation.

That’s when Obama took aim at Goodell — who’s been under fire for being inconsistent with the punishment he’s dished out to players.

“You don’t want to be winging it when something like this happens. You want to have clear policies in place.”