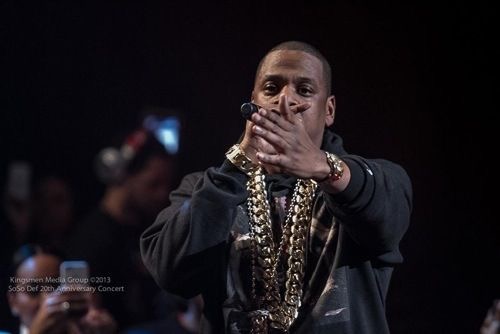 Several media outlets are reporting that the Power Couple sent hundreds of thousands of dollars to bail out Protesters in the riots
In since-deleted tweets, activist and film-maker Dream Hampton, who worked with Jay Z on his 2010 autobiography, claimed the pair ‘wired tens of thousands’
An activist and film-maker who has worked with Jay Z claims that the hip-hop star contributed “tens of thousands” of dollars to free protesters who could not pay their bail following anti-police brutality demonstrations in Baltimore and Ferguson, Missouri. The activist, Dream Hampton, later deleted her tweets and called them “error-ridden”, but confirmed to the Guardian that Jay Z helped bail protesters out.