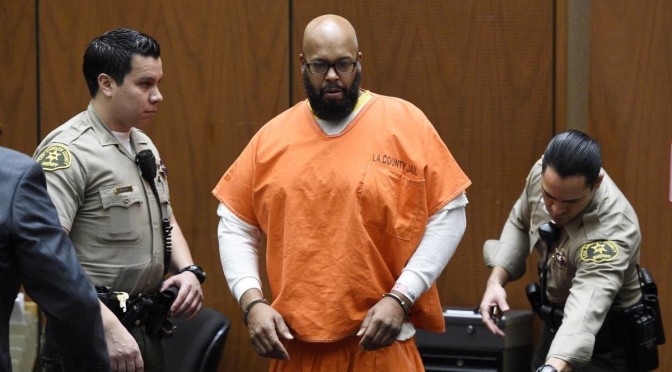 The former Death Row Records CEO—who has spent the majority of 2015 behind bars— is now being sued by Lilian Carter—the widow of Terry Carter who Knight allegedly ran over and killed back in January—for wrongful death. The incident took place near the location of a promotional shoot for the forthcoming N.W.A biopic, Straight Outta Compton.

Among the defendants named in the lawsuit are Straight Outta Compton producers Dr. Dre and Ice Cube, as well as Universal Studios for “failing to provide adequate security and negligence on the set of the upcoming film,” according to The Hollywood Reporter.