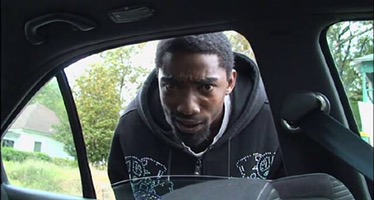 Curtis Snow, best known for the questionable documentary, Snow on tha Bluff, had another run-in with the law following his 94-year-old grandfather’s funeral service.
According to WSB-TV, an argument with another attendee at the funeral caused Snow to barricade himself inside the women’s bathroom of Higher Grown Empowerment Center. The incident took place from about 3 p.m. to 6 p.m. yesterday with officials on the scene.