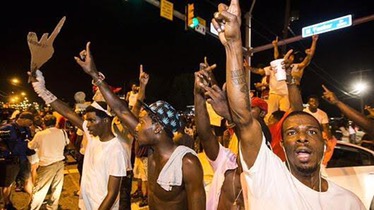 Area Rapid Transit (DART) officers have been shot in downtown Dallas, according to agency spokesman Morgan Lyons.
“Everyone was screaming, people were running,” she said. “I saw at least probably 30 shots go off.”

“I was walking next to the officer who was helping with the protest, all of a sudden I saw six to eight shots,” one witness told the station. “It looked like two officers went down.”

shooting had an assault rifle — and I know guns. The shots were in rapid succession,” the witness said.