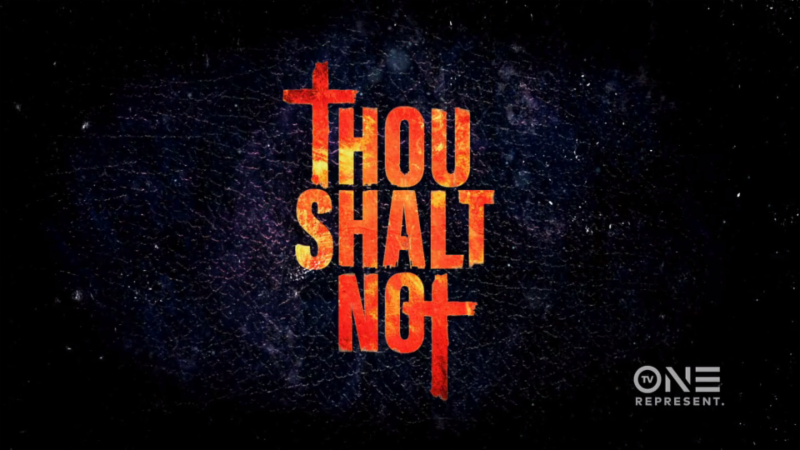 TV One’s True Crime Monday programming block gets a refresh just in time for fall with the season seven premiere of Fatal Attraction and the series premiere of Thou Shalt Not on September 11 at 9 p.m. ET and 10 p.m. ET, respectively.

The true crime series Thou Shalt Not pulls back the curtain on individuals who commit the gravest of crimes and sins, breaking the Ten Commandments in the process. Murders, scandals, cover-ups, and deadly affairs are just a few of the stories in each episode’s examination of Godless behavior.

“What makes Thou Shalt Not different is that each story has a direct connection to a religious or spiritual way of life,” says Jubba Seyyid, TV One Senior Director of Programming & Production. “Using the expertise of spiritual advisors along with the subtle intricacies of religious iconography, Thou Shalt Not, delves into a space where most shows dare not go.”

Each episode examines two stories of people who are connected by the theme of their crimes, one of the Commandments: Worshipping False Gods, Idolatry, Taking the Lord’s Name in Vain, Violating the Sabbath, Disrespecting Your Parents, Murder, Adultery, Stealing, Lying and Jealousy. Through first person interviews with family, friends, and experts, the viewer sees a picture of the perpetrator’s former life – and how things spiraled.

The premiere episode titled, “Fallen Angels” focuses on Brittany Norwood, a once devout Christian woman who murdered her coworker after she was caught stealing at a store in Bethesda, Maryland; and Donna Moonda, a former nurse from Pennsylvania who conspired with her lover to have her husband killed in order to get his money.

For more information about TV One’s programming, visit the network’s companion website at www.tvone.tv. TV One viewers can also join the conversation by connecting via social media on Twitter, Instagram and Facebook (@tvonetv) using the hash tag #FatalAttraction and #ThouShaltNot, and catch clips and promos on TV One’s YouTube Channel.