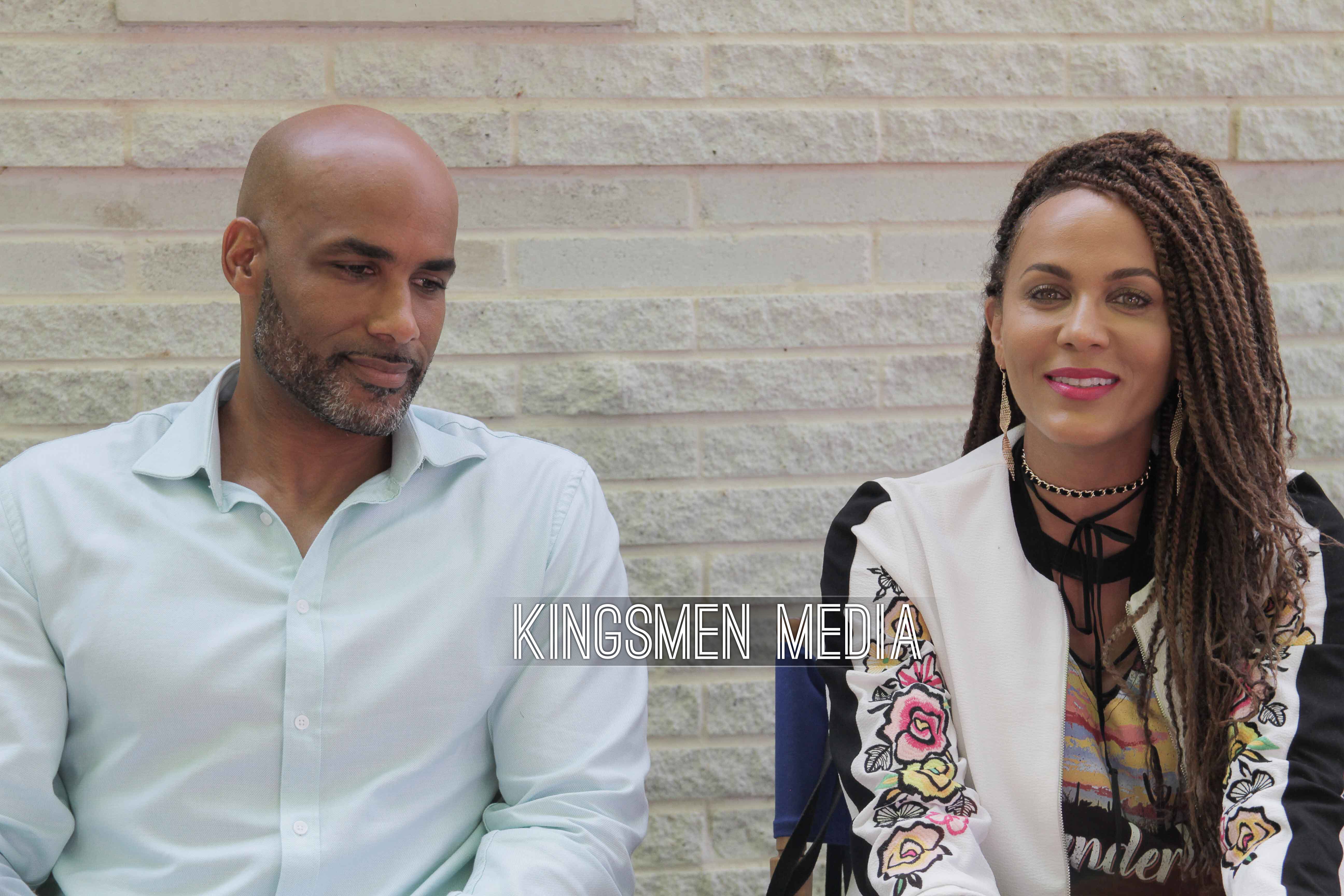 In Downsized, Kodjoe and Parker portray Michael and Ebony, high school sweethearts who were forced into marriage by their parents after a teen pregnancy. Fast forward 25 years and four children later, and Michael and Ebony typify the modern family – successful careers, beautiful home and all the trappings of success. To the world, they appear to have it all. Yet, the rewards that success has brought them have instead driven the family further apart from each other.

Michael and Ebony have reached a crossroads in their marriage and are ready to carry out their plan to go their separate ways following their eldest daughter’s graduation from law school. However, Michael has a change of heart. Hoping to reignite the spark that first brought them together, he whisks the family away for a month-long vacation, returning to their first home in the countrysideto unplug and reconnect with one another. The trip becomes a journey of self-discovery for Michael and Ebony, as well as their children. Will the couple that appears to have it all on the surface discover that everything they really want, they already have?

Quite the opposite of their characters, Kodjoe and Parker have been happily married for 12 years and have two children. The stunning couple originally met while playing love interests on the iconic television show, Soul Food, and have since worked together in several productions, including Second Time Around, Brown Sugar, and The Boris and Nicole Show. The pair says they always enjoy the opportunity to work together, however, doing so on Downsized afforded them an opportunity to really reflect on their marriage while portraying a couple at odds with one another.

“One of the things I discovered was how much we are affected by family and how much family means to us. I’ve always known that, but it’s a nice experience to walk through that again on camera. We have made family our number one priority, and it’s kind of nice to be able to play that in a film as well,” says Kodjoe.

Parker agrees there’s much to be learned from the couple’s push and pull while debating the future of their relationship.

“Nowadays, we’re all programmed to walk away and look out for self when things get tough, but there is glory when you work as a team to get through the rough patch…I really appreciated that in the story. Joy does come in the morning when you push through,” says Parker. “Marriage isn’t for everybody. It’s not easy, and yet it’s so rewarding if you fight for it.”

Downsized also stars Alix Lapri, (Red Band Society, Reed Between The Lines), Isaiah John (Snowfall, Saints & Sinners), Racquel Bianca John (Born Again Virgin, Justice By Any Means), and Tia Hendricks (Bessie, Under The Dome). The film is directed by Rhonda Baraka, written by Michelle McKissic, and produced for TV One by Roger M. Bobb and Angi Bones of Bobbcat Films. For TV One, Jubba Seyyid serves as executive-in-charge of production and director of programming; Donyell Kennedy-McCullough as senior director of talent and casting; Robyn Greene Arrington is vice president of original programming; and D’Angela Proctor is executive producer and head of original programming and production.