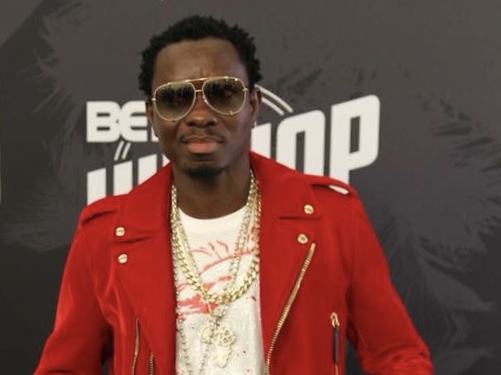 BET Networks announced the nominees and host of “THE BET SOCIAL AWARDS.”Comedian and actor Michael Blackson will host this first-of-its-kind awards show that celebrates the very best (and worst) in social media over the past year. Executive produced by Mike Epps, the social media extravaganza will be filmed LIVE on Sunday, February 11 at 10 PM ET/ 7PM PT in Atlanta. From favorite celebrity follows, to the biggest memes, hashtags and trends of the year, this one-hour event will cover all of the most memorable and talked about social media moments that flooded 2017 timelines.

Blackson also known as “The African King of Comedy” has been entertaining audiences all across the country and around the globe for more than a decade. From his gut-busting stand-up comedy on BET’s Comic View to the scene-stealing performance in the Ice Cube film Next Friday, Blackson continues to bring the LOLs to fans on his social platforms with his one-of-a-kind comedy sketches and humor.

Cardi B, OffSet, Jess Hilarious, Lil Uzi Vert, Duckie Thot, Tami Roman, Tyrese, Salt Bae, the ‘roll safe’ meme are just a few of the nominees up for an award. Who will trend to the top? The power is in the viewer’s hands! Go to BET.COM/SOCIAL to select the five (5) nominees that should make it to the final round for consideration and potentially taking the title in categories such as “Clapback,” “Social Hustle” and more! First round of voting closes Sunday, January 21 at 6 PM EST. The second round of voting featuring the top (5) nominees chosen in the online voting categories opens on Tuesday, January 23 at Noon EST.

The categories for round one of “THE BET SOCIAL AWARDS” online voting are:

ISSA WAVE:
Gone are the days of record sales reigning supreme! To be the most influential social artist, you need streams, likes and views — these bubbling artists nabbed all 3. Now the question is, who’s wavy enough to take the crown?

Lil Pump
Lil Yachty
Lil Uzi Vert
H.E.R
21 Savage
Kash Doll
6lack
Post Malone
G Eazy
Logic
SOCIAL HUSTLE:
#BookedAndBusy! These influencers are the definition of “no days off.” From sliding onto our timeline and into our hearts, all while securing the bag, that’s a true hustler mentality. Vote now for your favorite!

CallHimRenny
FatBoySSE
Kendallkyndall
Jess Hilarious
WatchJazzy
J Mulan
Duckie Thot
King Keraun
DC Young Fly
DJ Akademiks
LMAO!:
Social media is the new frontier of comedy and these nominees always keep us laughing 24/7. From their hilarious posts to their ability to pick us up when we’re down, these nominees take the cake for best social media comedians. Who served up the best kiki?

Blame It On Kway
Reggie Couz
Jess Hilarious
YesI’mPrettyVee
HaHa Davis
King Bach
LaLaSizaHands89
Tami Roman
Mr_HotSpot
2realmacdatfee
CLAPBACK:
If you troll, they’re trolling back! Internet beef is nothing new, but when these nominees let loose, the whole world notices. From clever reads to snatching edges, these nominees are known to put people back in their place. Whose clapback game was the strongest?

Chrissy Teigen
Remy Ma
Maxine Waters
Angela Rye
Sharon Reed
Amanda Seales
Jess Hillarious
Erykah Badu
Michael Rapaport
Rihanna
BEST PODCAST:
Pop in your headphones, you’re in for a treat. These podcasts are the voice of the people, and we want to know which one is your favorite!

The Drink Champs
The Bodega Boys
Rap Radar with Elliott Wilson
The Read
Two Dope Queens
Joe Budden
Pod Save The People
The Brilliant Idiots
Another Round
On One With Angela Rye
MOOD AF:
Let’s celebrate the memes and gifs that came out of nowhere, took over our timelines and showcased clever moods, shade and subs we didn’t even know we needed.