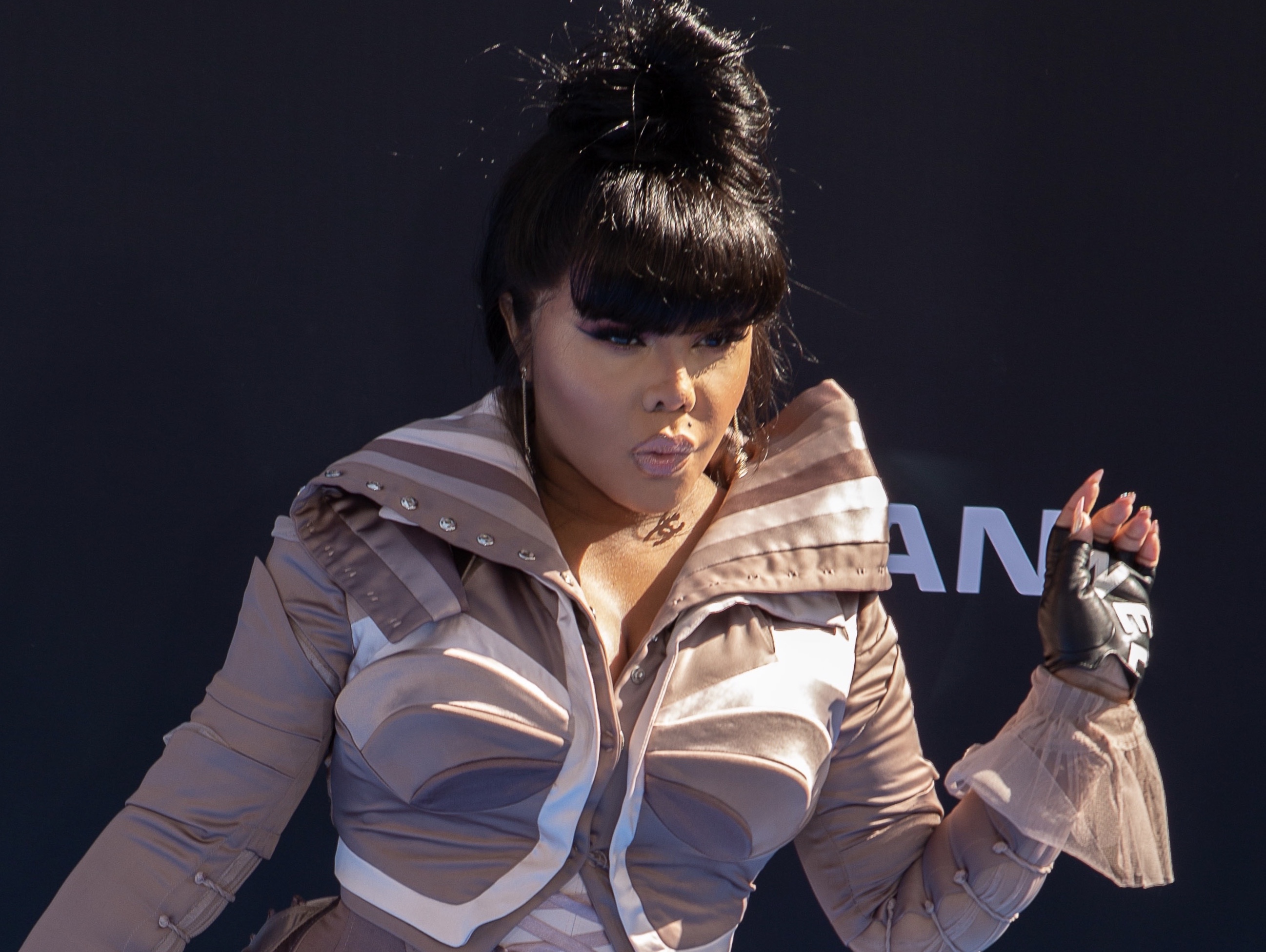 Lil Kim’s debut studio album Hard Core was certified Double Platinum and spawned three consecutive No. 1 rap hits: “No Time,” “Not Tonight (Ladies Night Remix),” and “Crush on You,” making Kim the first female rapper with three consecutive number-one singles on Billboard’s Rap Songs chart.  Her following albums, The Notorious K.I.M. (2000) and La Bella Mafia (2003), were certified Platinum, making her one of the only female rappers to have at least three consecutive Platinum albums. She also scored a #1 Billboard Hot 100 hit with 2001’s “Lady Marmalade,” featuring Christina Aguilera, Pink, & Mýa. As an actress, Lil’ Kim has appeared on numerous television shows including her own reality series. She has also appeared in numerous films including, She’s All That, Zoolander, Juwanna Man, Gang of Roses and You Got Served. Lil’ Kim has also danced her way into the hearts of millions on ABC’s Dancing with the Stars.

In 2016, she released her mixtape entitled #LILKIMSEASON which included the first single “#MINES,” featuring hip hop recording artist Kevin Gates.  That record caught fire, earning Lil’ Kim a nomination for best female rap artist at the BET Awards that year. In May 2016, she performed at the Barclays Center in her hometown Brooklyn, NY for the Bad Boy Reunion Tour, and was credited by influential station HOT97 as one of the best performers. In June 2018 Lil Kim received a proclamation to New York City and was honored by the New York City Council’s Black, Latino, and Asian Caucus (BLAC) as part of the annual African-American Music Appreciation Month that begin June 2018 for her contribution to hip hop.

And the hottest night in hip hop is only getting started and returns to Atlanta  with confirmed performances by Atlanta’s own Lil John; “Houston Hottie” and official leader of the Hot Girl Summer, Megan Thee Stallion;  fresh off the release of his 10th studio album Port of Miami 2, Rick Ross;  in his first TV performance from his new  album, Kirk, DaBaby; Chicago’s own, Chance The Rapper; winner of the “Masked Singer,” T-pain; as well asRapsody, Ybn Cordae Ft. Anderson .Paak., Saweetie, Kamillion, and Tom. G.