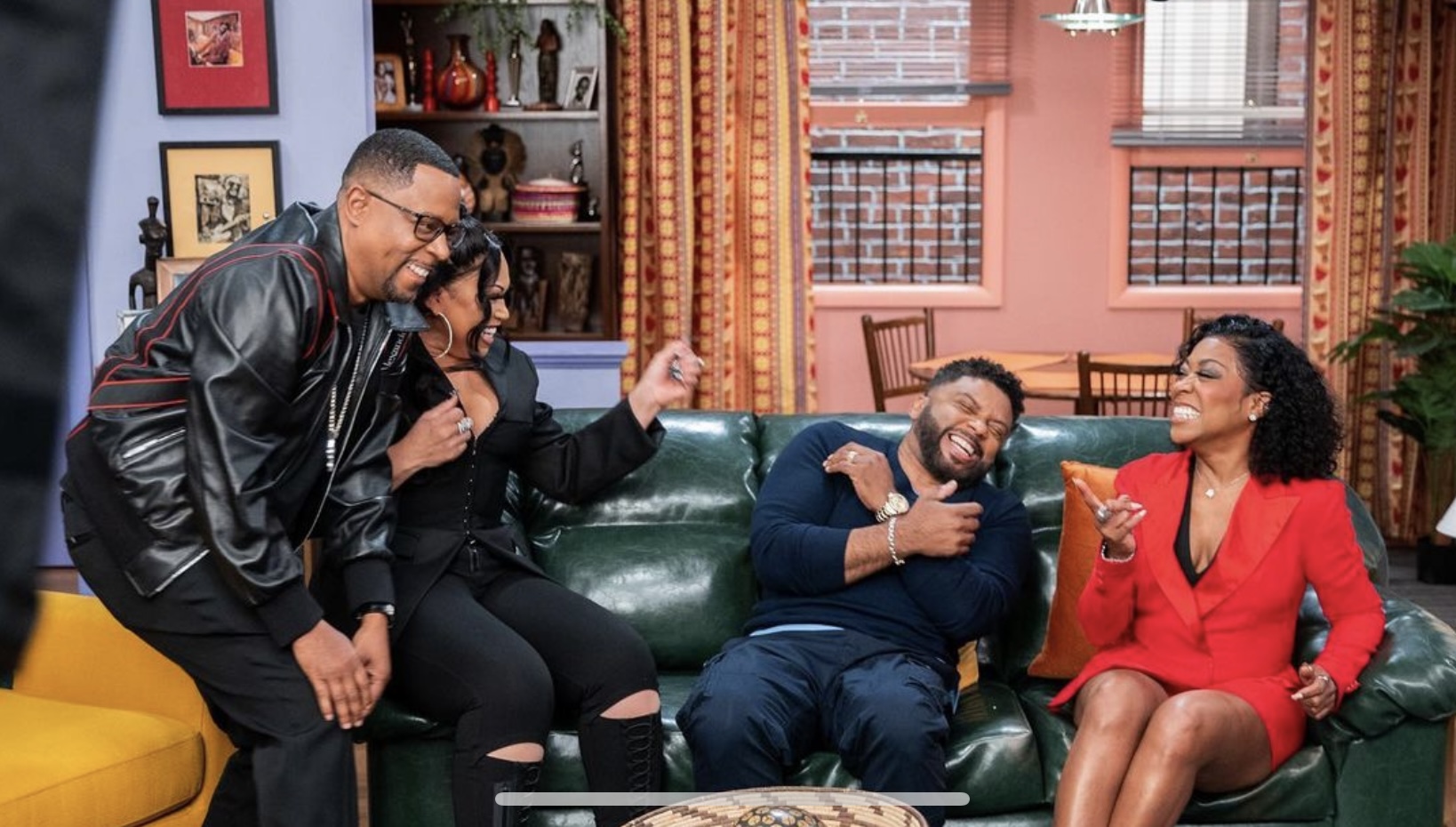 Thursday, June 16 is the premiere date of Martin: The Reunion!
The cast reunites to celebrate the impact of the iconic sitcom.

The reunion special, hosted by comedian and actor Affion Crockett, will include Martin Lawrence (“Martin”), Tisha Campbell (“Gina”), Tichina Arnold (“Pamela”) and Carl Anthony Payne II (“Cole”), along with surprise guest appearances. Taking a look at the show’s origin and evolution, the reunion will feature interviews with the cast, original directors, special musical performances, and behind the scenes commentary on the importance and impact of the show that shaped a generation.

“Martin is one of the most beloved sitcoms in our community, both because it is hugely entertaining and because it played a pivotal role in changing the narrative of Black voices in entertainment and in culture through the portrayal of young, ambitious Black leads and healthy Black relationships,” said Scott Mills,CEO of BET. “Decades later, that representation is still just as important, which is why we’re so excited to honor a series that put Black culture front and center on our platform that embraces Black culture everyday.”

“To be able to sit here thirty years later with this amazing cast that has had such an impact on pop cultureis truly a blessing. I am always humbled that the fans still want more of the show and its characters. I amlooking forward to the reunion special.” said Martin Lawrence.

“Martin is one of the greatest sitcoms of all time,” said Jesse Collins, CEO of Jesse Collins Entertainment.“JCE is honored to partner with Martin and BET on such an iconic reunion.