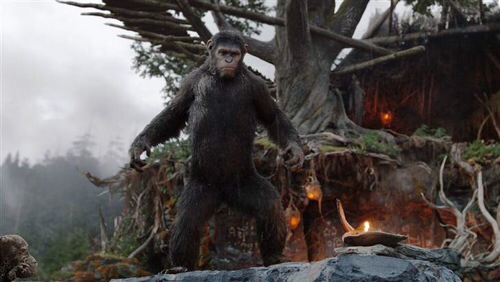 “Dawn of the Planet of the Apes” topped the box office with a $73 million opening weekend.

According to studio estimates Sunday, Fox’s “Planet of the Apes” sequel rode excellent reviews and high anticipation to one of the summer’s best debuts. It easily surpassed the $54.8 million opening to 2011’s “Rise of the Planet of the Apes,” the reboot of the 1970s chimp franchise.