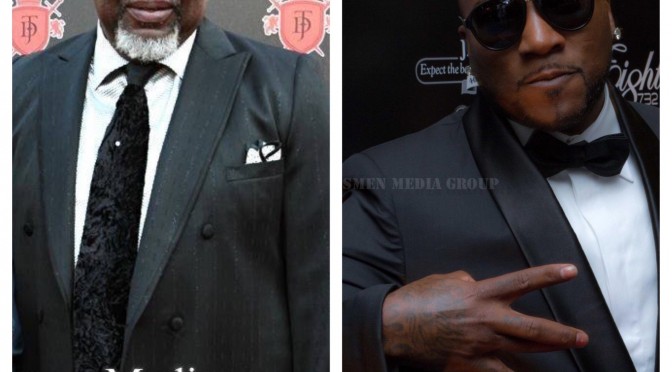 Jeezy collaborated with fellow rapper Kendrick Lamar for his hit single’s remix, “Holy Ghost.” In the track’s intro, listeners hear an annotated version of Bishop T.D. Jakes’ popular sermon “Don’t Let The Chatter Stop You.”
Although the track is a win with fans, Bishop Jakes’ legal team will be taking action for his sermon being featured in the rap song without authorization.
In the snippet, Jakes preaches:
To tell myself, I’m still on fire.
I’m under attack, but I’m still on fire
I got some chatter, but I’m still on fire
I got some threat, but I’m still on fire
I got some liabilities, but I’m still on fire
If it’s not amazing that I’m on fire
I’ve been to hell and back, but I’m still on fire
Jakes sermon aligns with Jeezy and Lamar’s verses that reminisce on the trials of a life of fame. Jeezy nostalgically tells listeners about his pre-rapper occupation as a drug dealer in order to develop a source of income. He then transitions into how his life — and his friends — changed after he became famous. Perpendicular to that, Lamar drops bars on how he enjoys his new life but he’s consistently questioning if he is a true role model by enjoying the materialism and sexual experiences that come with stardom. Both artists are conflicted with their lifestyles since the public and those close to them judge their characters.
The song title, Holy Ghost is based on the nickname Jeezy has for his Rolls Royce; he drives Ghost around while he is reflecting about life.