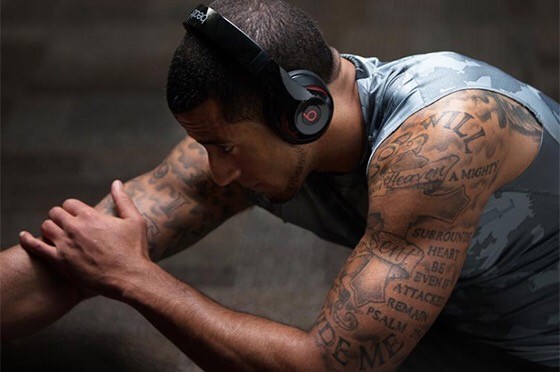 San Francisco 49ers quarterback Colin Kaepernick will have to use something else to block out the yelling from Seahawks fans. The NFL and Bose have secured a deal that will prohibit the use of Beats by Dre headphones, as well as other headphone manufacturers, while players appear on camera.

The deal between the two entities gives Bose rights that will entitle it to prevent players and coaches from wearing any other manufacturer’s headphones during televised interviews. It is said to be effective immediately so consequently gone are the days of Kaepernick and Cam Newton warming up while sporting a pair of Beats on the field.