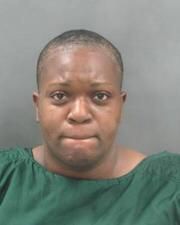 ST. LOUIS • A St. Louis woman was sentenced Friday to 78 years in prison after admitting to beating, whipping and waterboarding her children in a prolonged pattern of abuse that prosecutors described as “systematic torture.”

Lakechia Schonta Stanley, 34, of St. Louis, faced 34 felonies, including multiple counts of assault and endangering the welfare of a child, for the abuse which was reported to a school librarian in October 2011.