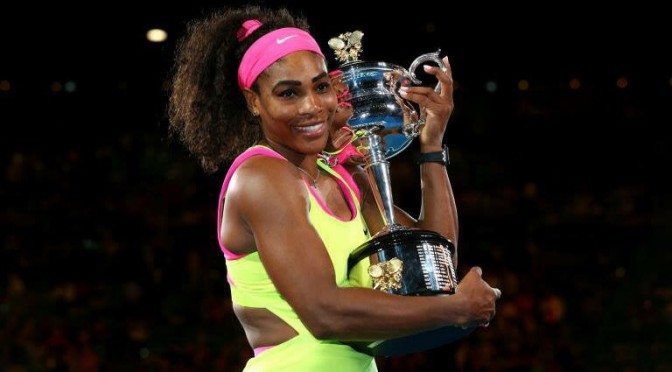 She struggled with a hacking cough, she was sick, and she twice celebrated too early, but she held her composure in a 6-3, 7-6 (5) victory on Saturday.

On her third match point, she let her racket go before hearing a let call to what she thought was an ace.

“I thought, ‘Wow this is it, I did it, only to hear let. I was like, ‘OK Serena!'” she said. “I was very disappointed, because Maria was playing so well. I thought she’s going to try to hit a winner now. She’s goes for broke on match point.”

So she fell back on her biggest weapon, firing another ace — her 15th of the set and 18th of the match. This time, after checking it was official, she bounced around like a little child and the celebration was real.

“I’m so honored to be here and to hold this 19th trophy,” Williams said. “I didn’t think it would happen this fast, to be honest, but it feels really good.”