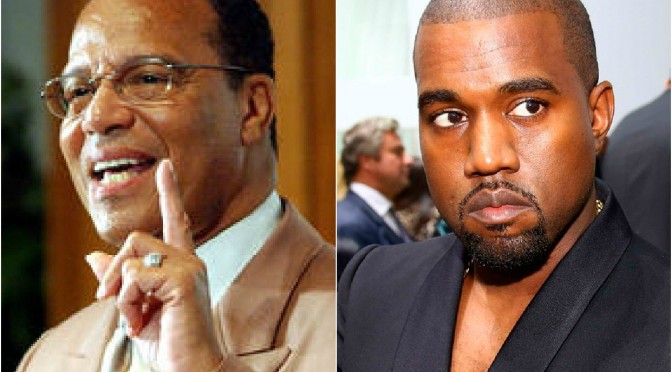 During his Saviours’ Day 2015 keynote address in Chicago, Farrakhan discussed having a conversation with Kanye. The Minister later added he met West’s wife Kim Kardashian and daughter North as well.﻿

“The rappers rapped on the condition of the hood. But they’re all becoming conscious now, and White folks are upset,” Farrakhan told the audience at  the Christ Universal Temple. “I had a talk with Kanye West. He visited me at our farm, just he. We had a good talk. I know that there’s a better world coming. I know that there’s a world coming that the color of your skin – as Dr. King said – is not going to be the ticket in. It’s your desire to do righteousness.”

Kanye and Farrakhan are also working on a film project together. West announced he was creating a documentary about the Million Man March organizer’s musical history.