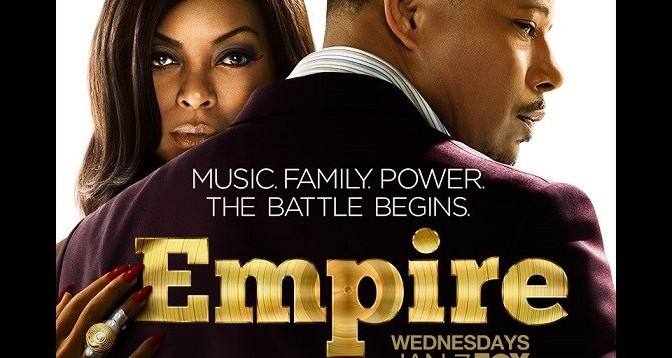 Last night I had a chance to catch up on all the episodes of EMPIRE and this is what I think of the show:

No I don’t think it’s a gay show and I don’t think the gay scenes over power the whole show. I think showing the father’s reaction to having a gay son is keeping real. I also think that they touched on the feelings of what I gay kid has to go through growing up in a home where dad didn’t want anything to do with it.

Degrading to the black community ??

Yes I believe a lot of the show is portraying us a certain way but I also understand the concept of the show where they are trying to be wolves in this music industry because this industry will EAT YOU ALIVE!!!

This show is also based on coming from the drug industry to starting a music business so a lot iof the personalities of the characters have to fit that street and hood mentality to make it more believable.

50 cent saying it reminds him of Glee???

I understand what he is saying because we want all the drama to be gritty and real but we also have to remember that it has to fit TV and it has to have some dramatic over the top acting to make it fit with these other tv shows that are taking over the ratings!

Will I continue to watch???

Yes! Just don’t shove too much of the gay stuff in my face and keep it about the music business and i think it’s pretty good!﻿

2 thoughts on “How I Feel about ‘Empire’”