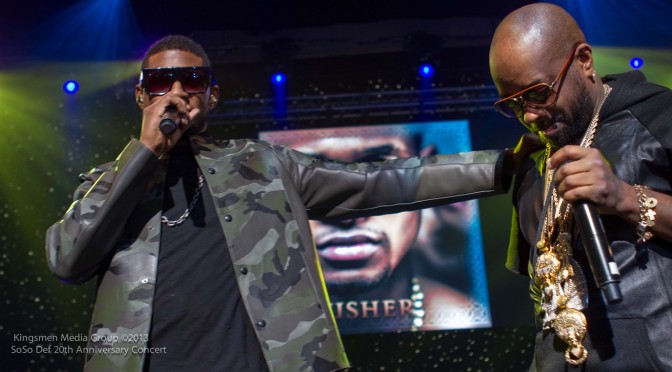 Jermaine Dupri is claiming that Ciara’s  her new single “I Bet” sounds similar to Usher’s “U Got It Bad.” He also says the song has the same tone as Tamia’s “Still,” a song he produced on her 2004 album, “More.”

“Ciara’s new single is a complete rip-off of Usher’s ‘U Got It Bad,'” he said. “I’m clear on what I made and I’m clear on how music influences people, and I’m clear on chord changes and how people move things. … It might not be as evident as the ‘Blurred Lines’ situation, but I believe the same thing happened to me.”

He says he, Usher and Bryan Michael Cox heard the similarities and plan to contact Ciara to make sure they were properly credited on the song.

“I Bet” is currently climbing up the Billboard’s R&B/Hip Hop chart at #27. The singer released a simplistic video to the track last week.