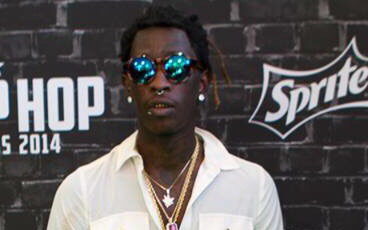 In a video message posted on his Instagram page, Thug tells his followers he is headed to Weezy’s hometown to perform. The clip also includes other men in the background brandishing firearms.

Young Thug also announced he changed the name of his forthcoming project to Barter Six. According to the Atlanta rapper, he was facing legal issues if he kept the original title of Carter Six.