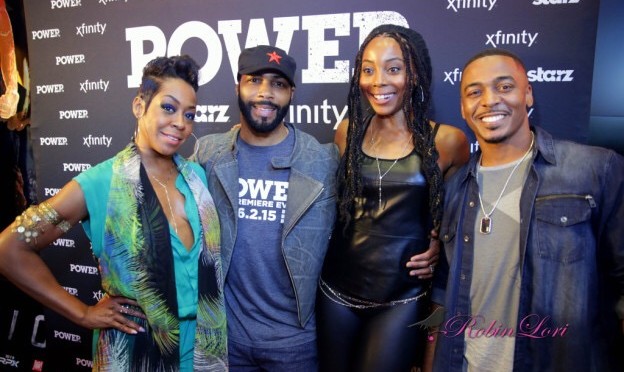 Now this is my show!!!! I love POWER and I’m excited about season 2! Check out some pics from the Atlanta Red Carpet!!!

The new episodes pick up at the conclusion of last season: James “Ghost” St. Patrick is doubling down on his drug business to save his nightclub and his dream of a legitimate future. But Ghost’s work troubles pale in comparison to the complexity of juggling his relationship with his wife, Tasha, and first love, Angela, who is also an Assistant United States Attorney investigating his drug organization. Ghost’s plans are further set back by his business partner and best friend Tommy, who loves the drug game, and his former mentor, Kanan, who is fresh out of jail and looking for revenge.
Ghost is in a race against himself: Can he get out of the drug game alive before Angela discovers who he is?