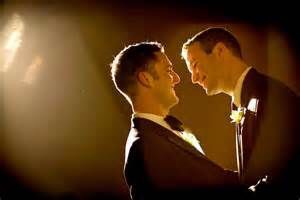 The Supreme Court has found a constitutional right to same-sex marriage, striking down bans in 14 states and handing a historic victory to the gay rights movement that would have been unthinkable just 10 years ago.
Anthony Kennedy, a conservative justice who has broken with his ideological colleagues to author several decisions expanding rights for LGBT people, again sided with the court’s four liberals to strike down the state bans. The 5-4 majority ruled that preventing same-sex people from marrying violated their constitutional right to due process under the 14th Amendment and that the states were unable to put forth a compelling reason to withhold that right from people.
“It would misunderstand these men and women to say they disrespect the idea of marriage,” Kennedy wrote of same-sex couples. “Their plea is that they do respect it, respect it so deeply that they seek to find its fulfillment for themselves.”
“They ask for equal dignity in the eyes of the law,” he continued. “The Constitution grants them that right.”
The United States is now just the 21st country in the world to allow same-sex marriage in every jurisdiction.