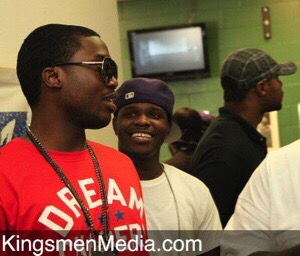 Leading the new Billboard 200 is Meek Mill’s Dreams Worth More Than Money, which racks up a second stanza at No. 1. The album moved 307,000 equivalent album units in the 11-day frame ending July 9. That sum combines the 246,000 units it earned in the week ending July 5 with the 61,000 units it collected between July 6 and July 9. (Billboard)