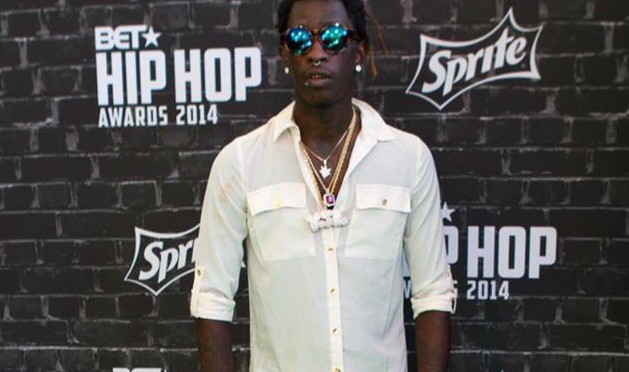 Atlanta rapper Young Thug was arrested Wednesday (July 15) morning in Sandy Springs, Georgia by U.S. Marshals over an outstanding warrant issued by Dunwoody police.
The 22-year-old rapper was charged with making “terroristic threats” during an earlier incident on July 7, the U.S. Marshals office confirmed to Billboard. Dunwoody police inform Billboard they arrested him at 6 a.m. local time without struggle.
Young Thug’s warrant stems from a July 7 incident where the rapper, real name Jeffrey Williams, reportedly caused a disturbance at Dunwoody’s upscale Perimeter Mall. While being escorted out of the mall for alleged criminal trespass, “the accused threatened to shoot the victim [a mall security personnel] in the face with the purpose of terrorizing” him.
He faces his bond hearing in county jail today, July 15. Atlanta Journal Constitution first reported the news.