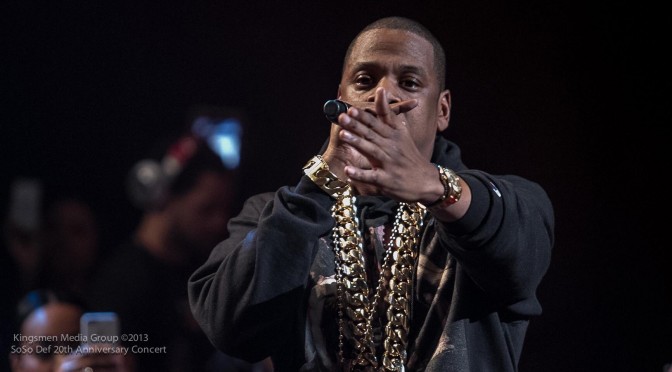 According to The New York Daily News, Star Boxing’s Joe DeGuardia and Banner Promotions’ Artie Pelullo filed a suit last week in New York State Supreme court. DeGuardia and Pelullo claim Roc Nation attempted to steal boxer Demetrius “Boo Boo” Andrade away from them.
The complaint suggests Jay Z’s Roc Nation Sports offered Andrade $550,000 to reject a fight DeGuardia and Pelullo negotiated with Showtime. Roc Nation then planned to buy out his contract and become his new promoter, according to the suit.
Andrade pulled out of the Showtime deal, but Roc Nation is being accused of not paying Andrade the $550,000. The lawsuit also claims R.N. never bought out Andrade’s contract from DeGuardia and Pelullo.
“Roc Nation’s promise to Andrade was made under false pretenses, namely, that Roc Nation was negotiating to purchase Andrade’s contract from the promoters and thereafter would negotiate a more lucrative bout for Andrade on HBO,” states the lawsuit. “Ultimately, Andrade agreed to Roc Nation’s false inducements and spurned the professional boxing match the promoters had negotiated with Showtime.”
Andrade is the former World Boxing Organization light middleweight champion. His record currently stands at 21-0, 14 KOs. The Rhode Island native has not fought since June of 2014, and the WBO stripped him of his title for inactivity.