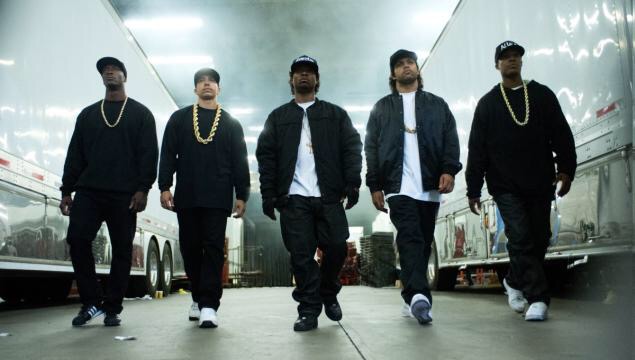 Straight Outta Compton” easily maintained its box-office lead with an estimated $26.8 million in ticket sales over a sleepy late summer weekend at North American multiplexes, according to studio estimates Sunday.
Universal’s N.W.A biopic, a much buzzed-about hit, dominated over the late August releases that often characterize Hollywood’s dog days of summer. It has now made $111.5 million in two weeks.