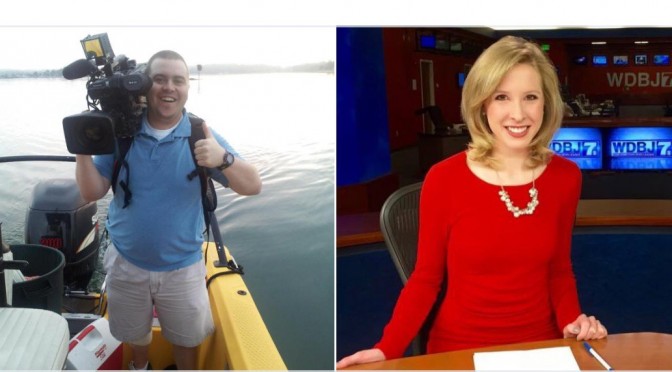 Reuters) – Two television journalists were shot and killed in Virginia on Wednesday morning while conducting a live television interview, their station, WDBJ7 said.
The incident occurred during a live broadcast in Bedford County, when shots could be heard, sending the reporter and her source screaming and ducking for cover.
The station said that journalists Alison Parker and Adam Ward died in the incident.

Injournalist killed in on air attack