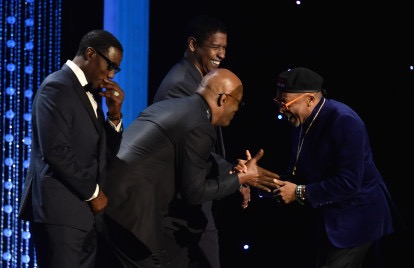 This weekend, Spike Lee was honored with an honorary Oscar for his body of work at the 2015 Governors Awards. Wesley Snipes, Denzel Washington and Samuel L. Jackson deliver a hilarious and poignant tribute, each of whom had the pleasure of being cast in some of Spike’s most memorable films during their early careers in Hollywood.