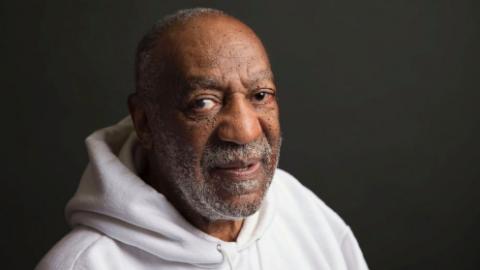 Bill Cosby arrived in court today after he was charged with alleged aggravated indecent assault earlier this morning by the Montgomery County District Attorney’s Office in Pennsylvania.
The comedian, 78, entered the courtroom in Elkins Park, Pennsylvania, around 2:30 p.m., walking arm-in-arm with his legal team. He will next appear in court on Jan. 14 and his bail was set at $1 million for the second-degree felony counts against him.
Cosby’s passport was also turned over to the court and he did not enter a plea.