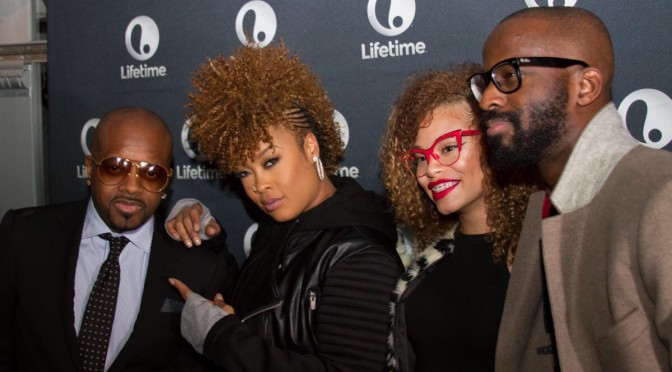 It was an honor to be invited to “The Rap Game” Private Screening in Atlanta with special host Jermaine Dupri. Guests were treated to an Open bar and  Hors d’oeuvres while J.D. and his celebrity friends introduced us to the cast of the new hit reality show “The Rap Game”

Amazing show and I can’t wait to catch the next episode! Check out some photos from the event.

About The Rap Game

The next big rap star is about to be unleashed beginning New Year’s Day when five emerging young hip hop artists, ages 12 to 16 years old, are given the opportunity to rhyme and flow with highly sought after producer, Jermaine Dupri in the all-new unscripted series, “The Rap Game” (#TheRapGame). These young rappers will be immersed in the Atlanta hip hop scene with Dupri at the helm as their mentor. Queen Latifah and her partner Shakim Compere will executive produce under the Flavor Unit umbrella along with Dupri on the series that will air Fridays at 10 PM ET/PT. Each week, special guests such as Usher, Ludacris, Da Brat, T.I. and Silentó will join Dupri to help mold the kids into the next big, young rap star.
Queen Latifah is hailed as the First Lady of Hip Hop. She changed the landscape for women in the rap game by creating epic songs full of female empowerment. She went on to become one of the most successful women within the world of hip hop as well as outside. She has garnered an Oscar nomination for Best Supporting Actress, a Golden Globe® nomination, a Golden Globe win, a SAG Award® nomination, a SAG Award win, two Emmy® Award nominations, one Emmy win and six Grammy® nominations as well as a Grammy Award.
With over 30 years of experience in the industry, Dupri knows what it takes to succeed. Having worked with some of the biggest young talents in the music including Bow Wow, Da Brat, Kris Kross and TLC, he has a proven track record of cultivating young talent and making them into stars. With high expectations, Dupri gives it his all – and expects nothing less from the kids and their parents in return. It’s anyone’s game on who will walk away with a record contract with his label, So So Def Recordings.
“The Rap Game” artists include:
Lil’ Niqo, 15, San Diego, CA – Lil’ Niqo has been making music history since he was 10. He was the youngest rapper signed to Island Def Jams and was a correspondent for BET and MTV’s red carpets. Lil’ Nigo also appeared on the drama, The Finder, working alongside 50 Cent, Michael Clarke Duncan and Jacob Latimore. With his “momager” Nique by his side, there’s no stopping Lil’ Niqo’s path to success.
Lil’ Poopy, 12, Brockton, MA – The youngest in the group, Lil’ Poopy has made over 200 videos, writes his own songs and has performed with Puff Daddy, Rick Ross and French Montana. His father and mentor, Luis Rivera, Sr. will do anything to see his son rise to the top – including hiring the hottest models and renting out Ferraris for his son’s music videos.
Miss Mulatto, 16, Atlanta, GA – Miss Mulatto began her career performing at birthday parties and has since made a name for herself in the Atlanta music scene. Her mom, Misti, is always by her side at competitions, despite finding it difficult to infiltrate the tight-knit social circle.
Supa Peach, 12, Atlanta, GA – With a unique style highlighted by her signature cape, Supa Peach raps, sings, dances and models. Sure of daughter’s profound talent, Josetta has moved her family from the Virgin Islands to give her daughter everything she needs to launch her rap career.
Young Lyric, 15, Houston, TX – Young Lyric’s hip hop career began when a video of her rapping went viral. She recorded her first song at seven and was named the “Best 14 Year Old Rapper” by WorldStarHipHop.com viewers. Her parents, Olivia and Mitchell, will do whatever it takes to get her to the next level and believe she’s on the brink of superstardom.
Produced by Intuitive Entertainment, “The Rap Game” is executive produced by Mechelle Collins and Kevin Dill (“Atlanta Plastic” and “The Millionaire Matchmaker”), showrunner Sean Rankine (“Basketball Wives”), Laura Fuest Silva (“America’s Next Top Model”) and Chris Deaux (“Rods and Wheels”) in addition to Dupri, Latifah and Compere. Lifetime’s Eli Lehrer, Mary Donahue and Mariana Flynn also executive produce. Filmed in Atlanta, eight episodes have been ordered for this season.