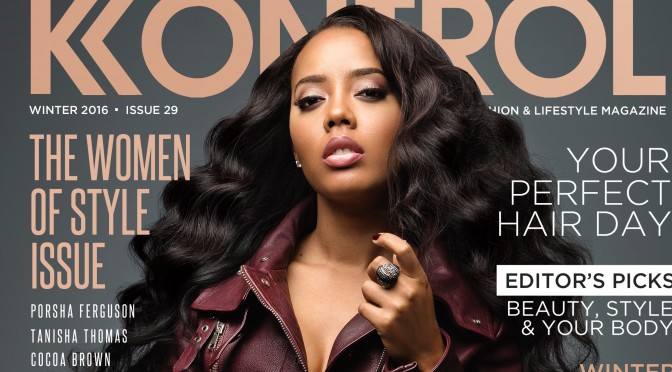 We live in a brave, new world. A world where you can love and marry whomever you like, A Black Man and a woman can become Presidents, and where the image of a boss has changed dramatically! Whereas just thirty years ago, the typical boss was older, Caucasian, and male; nowadays bosses come in all ages, races, and women are making some ferocious fiscal gains in the business world. Nowadays a boss chick may seem as common as an Uber driver, but that is where you would be wrong; as a real businesswoman knows it is her moves and gains that dictate her time and passion. No boss chick seems to grasp this like Angela Simmons. Angela is a young woman wearing many hats, and she surprisingly is able to manage them all! “It’s all about time management and doing what you have to do…you make a decision that this is what’s got to get done and get right to it…”
Angela Simmons is nothing short of amazing an exceptional. She is a self-described and proven master multitasker and all around great person. Whereas being in business and the entertainment industry can dim one’s outlook on life, this lovely lady has let her own inner light and great work ethic build brands that reach millions. One might argue her success is largely attributed to the famous family she comes from which boasts her father, Rev Run, and uncle, Russell Simmons. The world was officially introduced to Angela via MTV’s hit reality series, Run’s House, where she alongside her parents and siblings made their mark as one of TV’s most beloved families. Later, she and her older sister, Vanessa, gained their own spinoff in Daddy’s Little Girls as they moved cross country to pursue their own dreams, ambitions, and lives beyond their father’s shadow. “I’ve definitely learned a lot from them [her father and uncle]…honestly how could I not? They know so much about business and the industry and I’m really blessed to have that kind of wisdom in my life…”