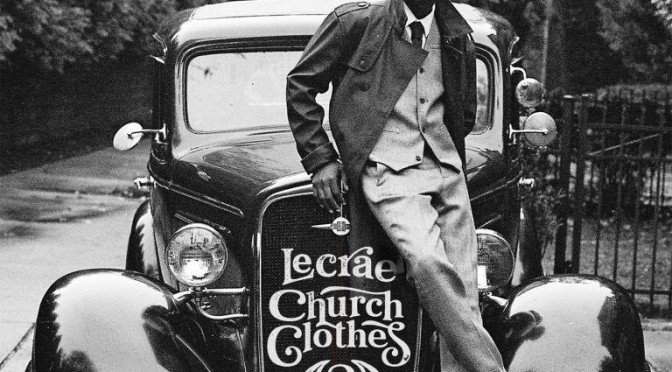 At midnight, Jan. 15th, chart-topping hip-hop artist Lecrae released a surprise mixtape, Church Clothes 3, the third installment to his critically acclaimed mixtape series Church Clothes. He released the mixtape filled with the first new material since his Grammy-award winning album Anomaly to a fan-frenzy that can only be accurately described as pandemonium.
The mixtape album officially debuted as the #1 Rap/Hip Hop album on the Billboard chart. CC3 also charted as the #1 Independent album, #3 Digital album, #7 on the Albums chart and #12 on the coveted Top 200 Album Chart. This follows his record breaking seventh studio album Anomaly which took the world by storm in 2014 and gave Lecrae his best debut at #1 on the Billboard 200 Album Chart as well as several other Billboard charts including, Digital Album, Rap Album, Christian Album and Gospel Album. As noted by Billboard Magazine, Anomaly “was the Grammy winner’s sixth No. 1 on the Gospel Albums chart and his fifth leader on Christian Albums.” Consequently this means that, Anomaly was “the first title to crown both Gospel Albums and the Billboard 200, and just the fifth set to lead both Christian Albums and the Billboard 200.”
Church Clothes 3 is available via Reach Records for digital purchase and streaming across all DSPs including iTunes. Fans can also purchase a copy at DTLR stores, the lifestyle retailer exclusively carrying the physical release.

Lecrae followed the release with a long form video available at: https://www.youtube.com/watch?v=4qbnOLxI4T4