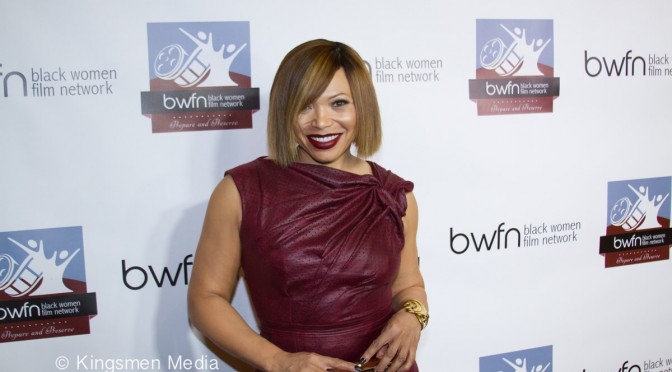 Tisha Michelle Campbell-Martin is an American actress and singer. She is known for her starring roles in the FOX television series Martin as Gina Waters-Payne from 1992-97; and as Janet “Jay” Marie-Kyle on the ABC television sitcom My Wife and Kids from 2001-05. On September 21, 2015, she released the single Steel Here.

Naturi Cora Maria Naughton is an American singer-songwriter, rapper, and actress. Naughton was one-third of the R&B trio 3LW and is best known for her roles in Fame, Notorious, and The Playboy Club. Naughton was a series regular in season one of the Lifetime television drama series The Client List as Kendra. Naughton stars in the Starz drama Power as Tasha St. Patrick.

For over 30 years, Mikki Taylor served as ESSENCE Magazine’s groundbreaking Beauty & Cover Director and is now Editor-at-Large. Taylor is also President of Mikki Taylor Enterprises, LLC, a strategic consulting, communications and branding company. A highly sought-after speaker and media expert, Taylor offers beauty, style and empowerment strategies that shapes lives. She is author of the critically acclaimed “Self-Seduction: Your Ultimate Path to Inner” and “Outer Beauty and Commander-in-Chic: Every Woman’s Guide to Managing Her Style Like a First Lady.”

Fran Burst-Terranella is an Emmy-winning, independent filmmaker who teaches directing, fiction and nonfiction scriptwriting, producing and portfolio classes at the Art Institute of Atlanta.

Established in 1997, the Black Women Film Network (BWFN) was founded to prepare black women to enter the film and television industries. The organization seeks to preserve the voice of these women through film and educational programs that empower and inform. A 501(c)3 non-profit, BWFN provides student scholarships, hosts screenings and workshops, and honors individuals who have excelled in this difficult industry.