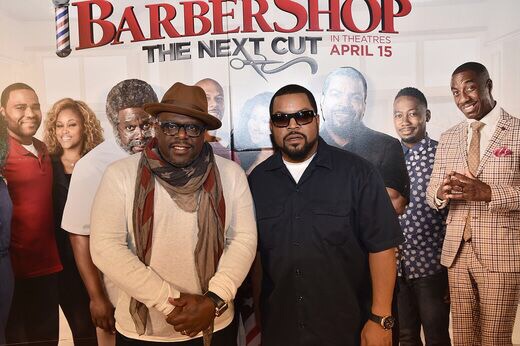 BarberShop3 held an exclusive Screening at the Atlantic Station Regal  which included a special presentation from Atlanta Mayor Kasim Reed who honored the cast with the notable Phoenix Award for contributing to the growing Atlanta film community, as the movie was filmed in the city.
Release Date: 15 April 2016

23 thoughts on “BarberShop: The Next Cut Screening in Atlanta with Ice Cube and Cedric the Entertainer”