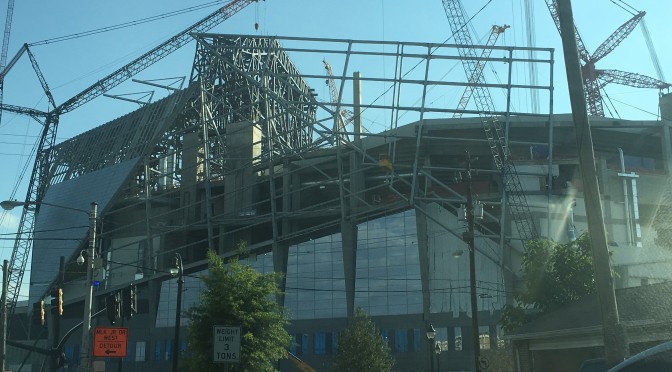 Atlanta’s new home to the Falcons, which is set to open in 2017, will host Super Bowl LIII, the 53rd Super Bowl.
City officials had remained hopeful that the $1.4 billion Mercedes-Benz Stadium would bring the event back to Georgia since Atlanta hasn’t hosted a Super Bowl since 2000. The new stadium was considered a clear favorite because of its retractable-roof.