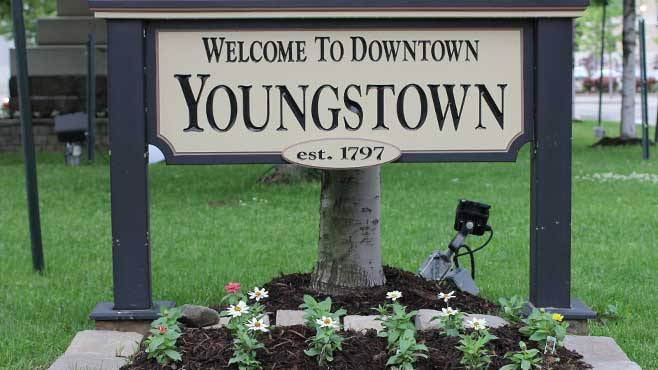 City officials are hoping the Force is with them as they make a long-shot effort to persuade legendary filmmaker George Lucas to build his “narrative art museum” downtown.
Lucas – who created the “Star Wars” and Indiana Jones movie franchises – has spent the last three years trying to build the museum in San Francisco and then Chicago, without success. The art collection owned by Lucas and his wife, Melody Hobson, is valued at $1 billion.
The Lucas Museum will celebrate the power of visual storytelling in a setting focused on narrative painting, illustration, photography, film, animation and digital art, according to its website.
Though Lucas is looking to bring the museum proposal back to San Francisco, Youngstown is offering space downtown for the project.
“We’re trying to get his attention,” said Councilman Julius Oliver, D-1st, whose ward includes downtown. “They’re looking for a place to go, and we feel we have the ideal spot.”
The proposed location would be near the Covelli Centre where a proposed riverfront park and amphitheater is to be built next year, Oliver said. The land for the museum would be donated, he said.
“It’s a long shot, but you shoot for the moon,” Oliver said. “If [Lucas] comes here to survey the area and considers Youngstown, that alone would bring a lot of attention to the city,” Oliver said.
Perhaps Lucas would agree to lend some of his art collection to the Butler Institute of American Art, Oliver said.
“That would boost visitors to Youngstown by the thousands,” he said.
Oliver said he was contacted by Eric Planey, a former Youngstown/Warren Regional Chamber official who is now a banker in New York City, about asking Lucas to locate the museum to Youngstown.
Read more about the proposal in Friday’s Vindicator or on Vindy.com.
Other stories of interest

South Schenley sinkhole has been filled