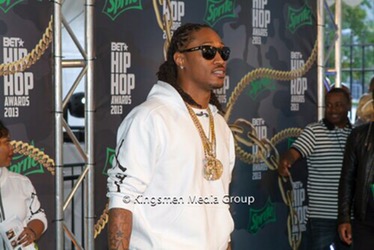 According to reports, Rock sued Future citing a 2011 contract he believes Future breached. He says the deal was for Future to make his first six albums with Rocko’s A1 record label. Epic Records signed on to distribute the albums and Future allegedly cut a side deal with the label, which scored him a multi-million dollar advance.
Rocko claims that Future stiffed him for 25%, the commission he’s owed off those Epic advances and he says he’s owed 20% of Future’s earnings from touring and endorsements. Grand total: About $10 million.