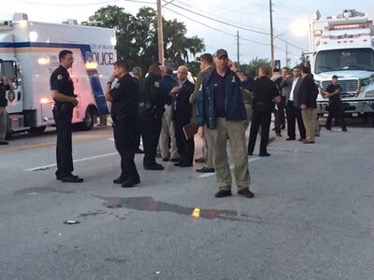 A gunman opened fire inside Pulse, a gay nightclub in Orlando, Fla., killing approximately 50 people and leaving 53 others hospitalized in the deadliest mass shooting in U.S. history.

The gunman, who was carrying an assault-style rifle, handgun and possibly an explosive device, is dead after exchanging fire with officers at 5 a.m. He had taken hostages after trying to flee.

The FBI is treating the shooting as an act of terrorism.

The suspect was identified as Omar Mateen, a 29-year-old U.S. citizen whose family is believed to be from Afghanistan. Federal officials are investigating Mateen’s possible ties to radical terror organizations.

Witnesses at the club described a chaotic scene.

Orlando Mayor Buddy Dyer declared a state of emergency as officials throughout the state asked the public for blood donations.