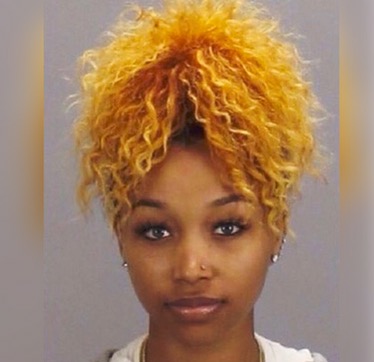 According to CBS News Atlanta, Pullins, 20, was arrested at 10 p.m. Thursday. She was released at 2 a.m. Friday morning.
Sources say Pullins, affectionately known as “Niq Niq” to family, “forgot” the loaded weapon was in her luggage.
Pullins appeared on VH1’s reality TV show T.I. & Tiny’s Family Hustle. She is best known as the lead singer of the now defunct girl group OMG Girlz.