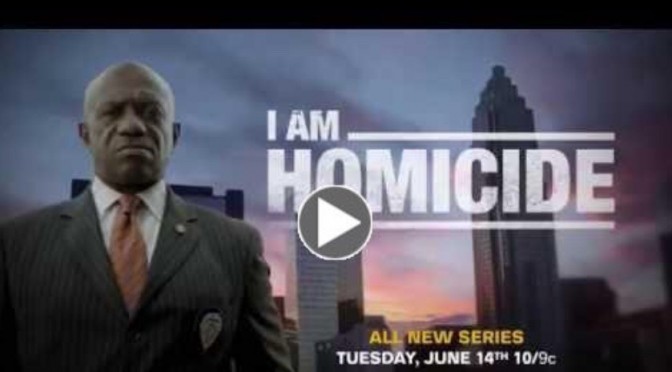 When the streets talk, he listens. Where a crime scene has already been picked over, he can see things everyone else missed. Meet homicide detective Garry McFadden, the focus of Investigation Discovery’s all-new original series I AM HOMICIDE. After nearly three decades with the Charlotte Police Department, Det. McFadden has solved more than 700 homicide cases, resulting in a 90-percent success rate with the investigations he pursues. But his work doesn’t stop at protecting and serving the community of Charlotte. Chances are that when a call comes in, he knows the victim, the family, or even the perpetrator, because he has made it his mission to be one with the people of Charlotte, operating his investigations out of a local diner instead of the police precinct so he can truly get to know residents across the city and gain their confidence. Det. McFadden uses his street smarts to work the neighborhood networks and gather critical information for leads, at times risking his life by trusting the streets he calls home. I AM HOMICIDE world premieres Tuesday, June 14 at 10/9c only on Investigation Discovery.

During each one-hour episode, Det. McFadden opens his case files to reveal how his unorthodox investigation methods helped solve one of the most precarious cases of his career. Using recreations, archival footage and revisiting the scenes of his most renowned cases, McFadden will take you behind the curtain on the cases that not only defined his career but the community he lives in. He will go anywhere, talk to anyone, and follow any lead with or without backup assistance – all the while wearing the best suits in town. And, after thirty-five years on the force, retirement be damned, he shows no signs of slowing down.
Fans can also take a deeper dive each week when Investigation Discovery’s top-rated podcast, DETECTIVE, returns for an all-new season featuring Det. McFadden. In each weekly installment of DETECTIVE, McFadden goes into detail about topics including his decorated career, cases that haunt him today, the legacy he wants to leave in Charlotte and his belief that community-based policing could diffuse contentious relations between law enforcement and the people they vow to protect.