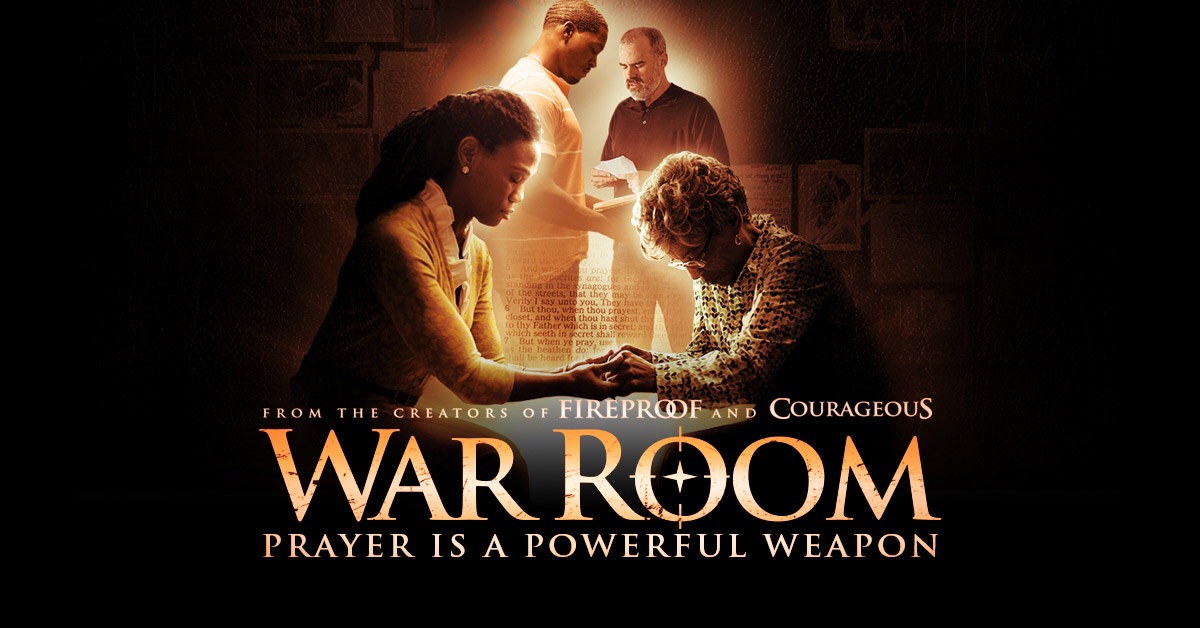 War Room is a 2015 American Christian drama film directed by Alex Kendrick and co-written and produced by Stephen Kendrick. War Room is the Kendrick brothers’ fifth film project and their first film project through Kendrick Brothers Productions.[4][5][6] Provident Films, Affirm Films and TriStar Pictures partnered with the Kendrick brothers to release the film.
Regarding the title of the film, director Kendrick says “We called it ‘War Room’ because, like the military, we should seek God for the right strategy before going into combat.